Australian Prime Minister Tony Abbott has said he will fight a challenge to his leadership at a party-room meeting next week after disgruntled government politicians sought to oust him this morning following weeks of divisive speculation.

A member of Mr Abbott's ruling conservative Liberal Party, Western Australian MP Luke Simpkins, sent an email to colleagues to announce he will seek a vote on the party's top two positions at a scheduled party meeting in Canberra on Tuesday.

Mr Abbott has faced a torrent of criticism in recent weeks over policy decisions ranging from his handling of the economy to awarding an Australian knighthood to Britain’s Prince Philip.

No member of the government has so far indicated a direct challenge to Mr Abbott, although most media attention has focused on Communications Minister Malcolm Turnbull, a former party leader toppled by Mr Abbott.

Foreign Minister Julie Bishop, deputy leader of Mr Abbott's party, has also been touted as a potential successor but Mr Abbott said she would stand with him.

"I have spoken to Deputy Leader Julie Bishop and we will stand together in urging the party room to defeat this particular motion and in so doing ... to vote in favour of the stability and the team that the people voted for at the election," Mr Abbott said in a brief televised statement.

Opinion polls have consistently shown voters prefer Mr Turnbull to lead the party, but his support for environmental steps against carbon has alienated some on the party's right. 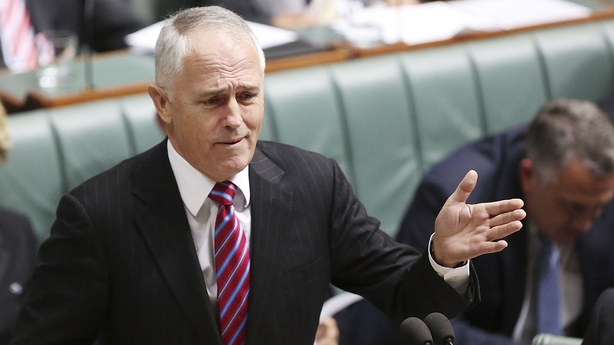 "It's really for Turnbull to put his hand up and whether he has the numbers," said University of Sydney political science professor Peter Chen.

If Mr Turnbull did not stand, Mr Chen said Mr Abbott's government would likely "trundle towards annihilation at the next election", which is due in about 18 months.

Financial markets were little moved by the leadership upheaval.

"Progress on the budget is going be tough whoever is leading, given the Senate is so fragmented," said Kieran Davies, an economist at Barclays.

"In any case, government borrowing costs are being kept at record lows by the global search for yields, and that's not going to change."

Bookmakers, however, offered short odds on Turnbull claiming the leadership.

"There has been overwhelming support for Mr Turnbull and he has attracted more than 80% of bets placed in this market since Monday," said Sportingbet's Andrew Brown.

"Mr Abbott has been friendless and we've barely seen a cent for him," he said.

Mr Simpkins told Sky News he decided to call for the motion based on feedback within his electorate, and not at the behest of other senior party members.

"What people are saying to me is that there is a disconnect and that they don't know what his plan for the future is," Mr Simpkins told Sky News.

"They don't know what he wants to achieve, and sadly they're no longer listening."

Mr Turnbull, a former businessman, lawyer and journalist, lost the leadership by a single vote in 2009.

Ms Bishop is well regarded in the party for her performance as foreign minister, particularly for leading Australia's case at the United Nations following the downing of Malaysia Airlines flight MH17 over Ukraine last year.

Removing Mr Abbott would need support from more than 51 of the 102 members of the federal Liberal party at the party-room vote.

In an attempt to assuage critics, Mr Abbott has agreed to abandon some of his most controversial and divisive plans in recent weeks, including reviewing the goods and services tax and scrapping an expensive paid parental leave programme.

If Mr Abbott is removed, he would be the third prime minister to lose their job in a party-room mutiny since 2010 and Australia's sixth prime minister in eight years. 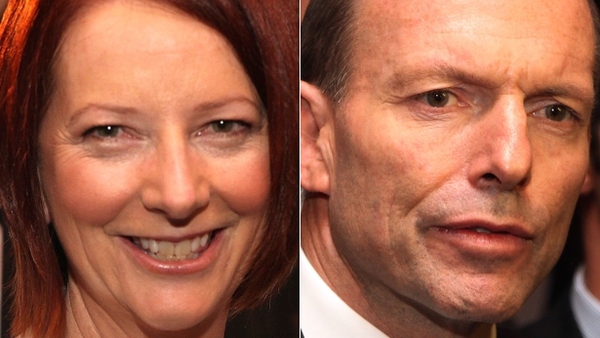 Voting in Australian elections has begun