Fiji will remove the Union Jack from its flag and replace it with a design that symbolises the Pacific nation, not former colonial power Britain, Prime Minister Voreqe Bainimarama said this morning.

A one-time coup leader who was elected last September in Fiji's first elections in eight years, Bainimarama said the flag had served the country well since independence in 1970 but was now outdated.

"We need to replace the symbols on our existing flag that are out of date and no longer relevant, including some anchored to our colonial past," he said.

"The new flag should reflect Fiji's position in the world today as a modern and truly independent nation state."

Fiji's flag is light blue with the Union Jack in the top left corner.

It also features a shield with the cross of St George and a British lion, along with sugar cane, bananas, a palm tree and a dove of peace.

"What does this have to do with us?" Bainimarama asked, saying the images were "honoured symbols of our past, but not our future".

He said a national competition to design a new flag would be held, with the aim of hoisting it on 11 October this year, the 45th anniversary of independence.

"We must all have an open mind about the final result, but it should be symbolic of the unity of the nation and instantly recognisable the world over as uniquely and proudly Fijian," he said.

Bainimarama scrapped the queen's birthday public holiday in 2012 and also removed Queen Elizabeth's head from the country's currency when he still ruled by military decree.

He pointed out that New Zealand, Australia and Tuvalu were the only other former British colonies that still had the Union Jack on their national flag.

New Zealand will hold a binding referendum next year on changing its flag, with conservative Prime Minister John Key favouring a design featuring a silver fern similar to the one worn by the All Blacks rugby team.

Australia has also faced periodic calls to change its flag, particularly ahead of major events such as the 2000 Olympics.

The flag debate in Australia is closely linked to whether the country should become a republic, an idea rejected in a 1999 referendum. 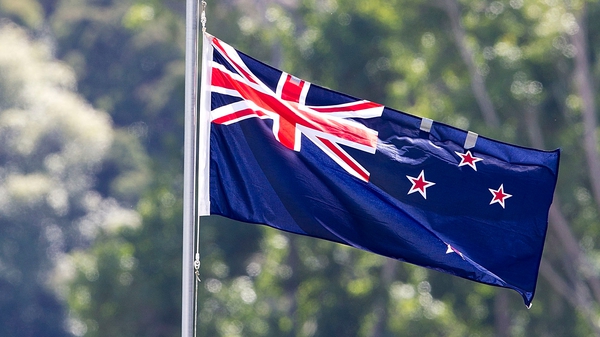