Malaysia has formally declared missing flight MH370 an "accident" and its passengers and crew presumed dead.

The move, which opens the door for compensation payments, was met with scepticism by distraught relatives.

The Boeing 777 aircraft disappeared on 8 March last year, carrying 239 passengers and crew shortly after taking off from the Malaysian capital of Kuala Lumpur, bound for Beijing.

Months of searches have failed to turn up any trace.

"It is therefore, with the heaviest heart and deepest sorrow that, on behalf of the government of Malaysia, we officially declare Malaysia Airlines flight MH370 an accident," civil aviation chief Azharuddin Abdul Rahman said in a televised announcement.

"All 239 of the passengers and crew on board MH370 are presumed to have lost their lives," he added.

Mr Azharuddin said the official decision that the plane's disappearance was an accident would allow families to move on and receive payments from the airlines.

"It is hoped that this declaration will enable families to obtain the assistance they need, in particular through the compensations process," he said.

However, Sarah Bajc, whose partner Philip Wood was on board the plane, poured scorn on the announcement. "I think they are lying," she said.

"It could very well be that the plane crashed. But there is no evidence, and until there is evidence we just can't believe them," she said, referring to the Malaysian government and airline.

"It is impossible to bring any closure until we have proof." 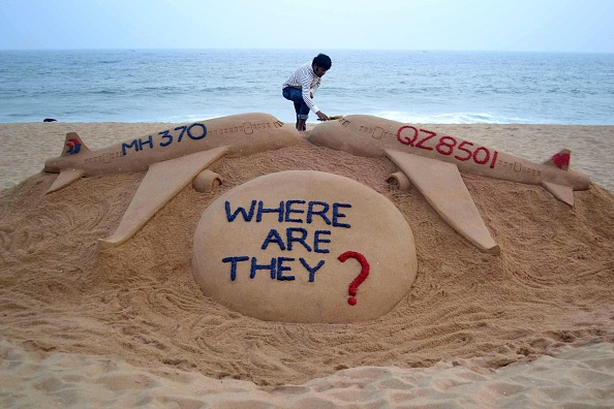 Some relatives accuse the Malaysian government and its flag carrier of a chaotic and bungled response to the plane's initial diversion, which allowed the jet to disappear, and a subsequent cover-up.

Malaysian authorities say satellite data indicates the plane inexplicably detoured to the remote southern Indian Ocean, which they suspect was due to "deliberate" action on-board.

But no firm evidence has turned up yet, despite an ongoing Australian-led search of the supposed crash region the most expensive search and rescue operation in history.

The search in the Indian Ocean is still going on and Malaysia is also conducting a criminal investigation, Azharuddin said.

"Both investigations are limited by the lack of physical evidence at this time, particularly the flight recorders," he said.

"Therefore, at this juncture, there is no evidence to substantiate any speculations as to the cause of the accident."

Malaysia said it, China and Australia remained firmly committed to the search.

"This declaration is by no means the end," said Mr Azharuddin.

The DCA plans to release an interim report on the investigation into the missing jet liner on 7 March, a day before the first anniversary of the disappearance, a minister said yesterday.

"We hope the Malaysian side honours its promises and fully investigates the incident, settling claims and making peace with the families, especially continuing to make all efforts to find the missing plane and its passengers," Mr Li said.

Most of the passengers on the plane were from China.