The EU has expressed willingness to give Greece more time to pay its debts.

But responding to anti-bailout party Syriza's election victory, it said it would not yield to the new Greek government's demands for debt forgiveness.

The European Union  warned a debt reduction deal for Greece would be against eurozone rules and send the wrong message to other members of the single currency.

Before any talks on more time for Greece to repay its debts can start, the country must get an extension of its existing bailout to give itself time for negotiations on future economic policy and on longer loan maturity with international lenders.

"We are very motivated to work with the new Greek government to maintain the recovery path," said Jeroen Dijsselbloem, who chaired a meeting of eurozone finance ministers in Brussels to consider how to deal with Greece after the change of government.

But the Dutch minister said that Greece's challenges, from mass unemployment to being shut out of financial markets, were still there and would need to be resolved in coordination with the eurozone.

"We all have to realise and the Greek people have to realise that the major problems in the Greek economy have not disappeared and haven't even changed overnight because of the simple fact that an election took place," Mr Dijsselbloem said.

The EU’s bailout programme, part of a €240bn rescue package along with the International Monetary Fund, expires at midnight on 28 February and a failure to renew it would leave Greece unable to meet its financing needs.

Minister for Finance Michael Noonan said there was scope for further reductions in the cost of Greece's debt.

Arriving at the Eurogroup finance ministers meeting in Brussels, Mr Noonan said this could be achieved through interest rate reductions and extending the repayment terms to make the debt affordable and sustainable.

But he said the question of debt cancellation for Greece was not the issue.

Speaking on RTE's Six One News, Mr Noonan said at the meeting of finance ministers there was general sympathy for the Greek people, saying that they had suffered a lot.

"The general consensus was that the Greek people had made a very clear decision and that they had moved very expeditiously now in Athens to form a new government and that the Commission, the ECB and the IMF are open to hear the Greek submissions and the next move now is for the new Greek government," he added.

On arrival in Brussels, Mr Noonan said everyone had to deal with the new Greek government as equals and he had full respect for them.

He said the meeting was being attended by the minister from the outgoing Greek government, but everybody wanted to hear from the minster in the new Syriza-led coalition.

Mr Noonan said he did not believe in unilateral action and thought negotiation was a better policy.

He said Ireland, Portugal and Spain had debt issues resolved through negotiations at Eurogroup and Ecofin and there was no reason why Greece could not do so again.

The key, he said, was to restructure the debt in such a way that servicing it became affordable.

Mr Noonan said that a combination of sustainability measures such as lengthening the terms of loans and reducing the interest rates would help make Greek debt more sustainable.

He said Ireland had engaged in a number of debt restructurings over the past three years.

These included the replacement of promissory notes with long-term bonds to pay the debt of Anglo Irish Bank and Irish Nationwide, and the early repayment of IMF loans, replacing high-cost official loans with lower-cost market loans.

He said that most of Ireland’s debt had been restructured and was now affordable.

With Greece facing repayments of about €10bn this summer and shut out of financial markets because of its sky-high borrowing costs, investors fear that Syriza's victory has set the country on a collision course with international lenders.

But Mr Dijsselbloem sought to play down such concerns, saying he had already spoken to Yanis Varoufakis, Greece's likely new finance minister, for about 15 minutes by phone this evening.

Syriza officials have previously said their government's first priority would be to ask lenders for a few more months so both sides can discuss their positions from scratch rather than picking up from where the previous government left off.

If Greece refuses to service its debt owed to the eurozone it would not get any more money from eurozone governments and private investors would not lend to it either, officials said.

"This is not about restructuring past debt," Spain's Economy Minister Luis De Guindos told reporters. "They need a lot of financing in the coming months and Greece is not going to obtain that from financial markets."

Even though Syriza won the elections on promises of ending austerity and demanding debt forgiveness, German Foreign Minister Frank-Walter Steinmeier said his country expected it to stick to agreements with its eurozone partners.

"We offer to work with the Greek government, but we expect them to stand by agreements," he said.

Finnish Prime Minister Alexander Stubb said his country was ready to discuss an extension if the new government can commit to agreed contracts and promised structural reforms.

"We will not forgive loans but we are ready to discuss extending the bailout programme or maturities. But this will not change the fact that Greece must continue economic reforms," Mr Stubb told reporters. 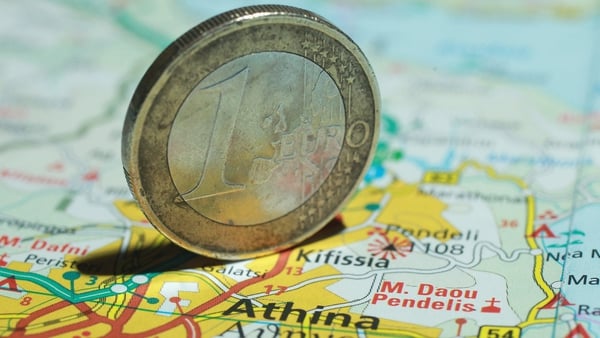