The Coast Guard was involved in the rescue of a tourist this afternoon who became trapped on a cliff edge on Howth Head.

The Irish Coast Guard emergency operations centre received a call reporting a tourist trapped on a cliff edge 50m above a beach at Whitewater Brook on Howth Head.

The man was located with the assistance of members of the public, who gave a description of the location via a 999 call. 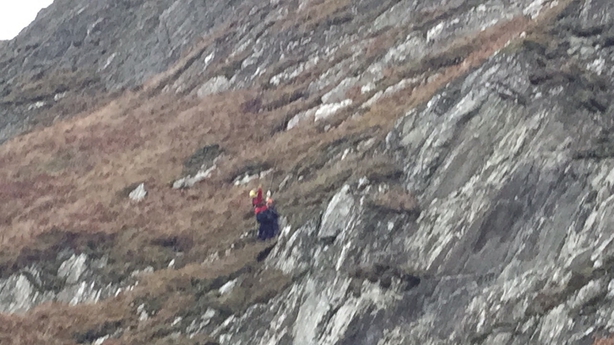 The tourist, a man in his 30s, had become confused coming back up the path from the beach below and ended up trapped unable to move with a steep drop below.

Coast Guard members were able to communicate with the casualty, while other team members set up a cliff-rescue team to lower a rescue climber.

A short time later, the Coast Guard helicopter arrived and lowered a winchman to the tourist and successfully recovered him to the top of the cliff path.