The Government will give serious consideration to any takeover bid for Aer Lingus, Minister for Transport, Tourism and Sport Paschal Donohoe has said.

Minister Donohoe is due to brief the Cabinet on Tuesday in relation to reports of a third offer made by International Airlines Group to buy the airline.

He told RTÉ's The Week in Politics that all issues in relation to retaining slots at Heathrow Airport, as well as job security at Dublin, Shannon and Cork airports will be considered.

Speaking on the same programme Sinn Féin Brian Stanley said he is against any takeover bid.

"There are important slots at Heathrow and the concerns that we would have is that IAG  would use those slots for transatlantic reasons.

"And we would have huge concerns about the future of Shannon as well if Aer Lingus is sold off", he said.

Joan Burton has said direct airline connections are critically important for investment in the country and for tourism and that "connectivity" is vital for people in Ireland.

Speaking on RTÉ's This Week, she said the issue of a possible bid by IAG for Aer Lingus has come up before and "we won't actually know until tomorrow what the actual position is, as this is a matter for the company and the board in the first instance.

"Certainly what we will we want to do as a Government, and what is absolutely important, is to protect the slots and the connections of direct flights in and out of Ireland.

"The flights into Heathrow are of enormous value to Ireland ... and that will be absolutely foremost in the Government's mind in terms of Aer Lingus as a really significant airline and the national airline...

"The key thing is that we keep that connectivity," she said.

"We don't know what the details of this offer are yet, so speculation on that at this point would be premature, but what we have said when previous offers where indicated in relation to Aer Lingus that was a critical issue for the Government and also for the country."

Yesterday it was reported that discussions were under way to decide if the offer by IAG, believed to be worth €2.50 a share, should be accepted.

This would value the airline at €1.3bn.

The Aer Lingus board has already rejected two offers made by the International Airlines Group worth €2.30 and €2.40 a share.

However, reports yesterday suggest the airline is edging closer to a deal with IAG boss Willie Walsh.

It comes a decade after Mr Walsh stepped down as Aer Lingus CEO, after a failed bid for a management buy-out of the carrier.

Analysts say it is not just history that makes Aer Lingus an attractive proposition for him.

Senior Equity Analyst in Transportation at Davy's Stephen Furlong said IAG's desire for additional runway slots at Heathrow and Aer Lingus’ existing operations are all of interest to the group.

If the offer is accepted it will be up to the Government, which holds a 25.1% share, to decide whether to accept or reject it.

This latest bid comes at a time when the other major shareholder, Ryanair, is coming under pressure to reduce its 29.9% stake in the airline on competition grounds. 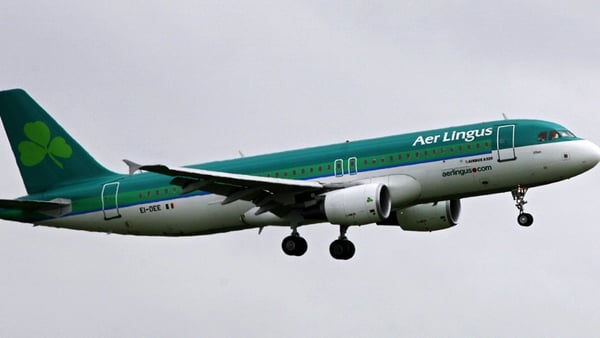