Japanese Prime Minister Shinzo Abe has called for the immediate release of a Japanese journalist held by the Islamic State militant group, after a video surfaced claiming a fellow captive had been executed.

Government officials said they had not confirmed the authenticity of the recording and an image of what appeared to be the decapitated body of Japanese captive Haruna Yukawa, who went missing in Syria in August.

US President Barack Obama condemned the apparent brutal murder of Mr Yukawa in a statement released by the White House, which did not address how the US had confirmed his killing.

Earlier, US National Security Council Deputy Spokesman Patrick Ventrell had said the US intelligence community was working to verify the authenticity of the recording.

"We are using every diplomatic channel and means to work towards a release," Mr Abe told reporters in brief remarks after calling a meeting with his foreign, defence and other ministers in Tokyo. 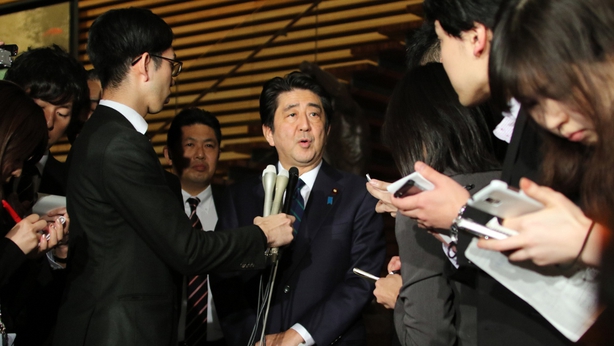 The sudden escalation of the hostage crisis has become a test for the Japanese Prime Minister and the dominant news story in Japan since Tuesday, when IS militants released a video showing Mr Goto and Mr Yukawa kneeling with a knife-wielding, masked man demanding a $200m ransom for their release.

The 72-hour deadline set in the first video expired on Friday.

"This act of terrorism is an outrageous and unacceptable act of violence," Mr Abe said. "I feel a strong sense of anger and firmly condemn this. I again strongly demand the immediate release of Mr. Kenji Goto unharmed."

The Obama statement, issued while he was en route to India, said: "The United States strongly condemns the brutal murder of Japanese citizen Haruna Yukawa by the terrorist group ISIL," using an acronym to refer to Islamic State militant group.

Mr Yukawa, 42, was seized by militants in August, after he went to Syria in what he described as a plan to launch a security company. Mr Goto, 47, a veteran war correspondent, went into Syria in late October seeking to secure Yukawa's release, according to friends and business associates. 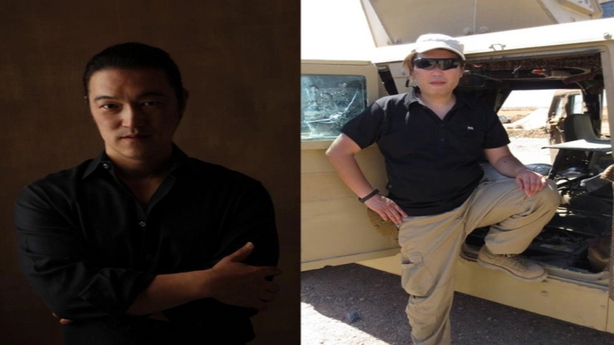 The new recording, which was released on YouTube before being promptly deleted, showed an image of a gaunt Mr Goto in an orange t-shirt with audio of what appeared to be him making a statement in English. In the apparent recording, Mr Goto says Mr Yukawa was "slaughtered in the land of the Islamic Caliphate."

But the journalist said the government of Japan could save him by working through Jordan, where Mr Abe set up an office earlier this week to coordinate the government's response to the hostage situation.

"I would like to stress how easy it is to save my life," the recording says. "You bring them their sister from the Jordanian regime, and I will be released immediately ... me for her."

Ms Rishawi was arrested shortly after she failed to blow herself up in one of three deadly hotel bombings that hit the Jordanian capital in 2005.

Japanese officials have said little about how they were looking to secure the release of the captives over the past week.

In recent years, Japan has moved toward the US government's hard line against paying ransoms after a 1977 case in which it paid $6m to Japanese Red Army hijackers.

Finance Minister and Deputy Prime Minister Taro Aso said last week that responding to demands set by IS would mean "giving in to terrorism".

Japan's pacifist constitution also rules out any military response. A briefing paper prepared for Mr Abe's office on Friday and reviewed by Reuters news agency said Japan would not have the legal authority to strike the Islamic State, even after proposed legislation loosening military restrictions the prime minister is seeking to pass later this year.

Mr Abe and other officials have said Japan will press ahead with plans to offer over $200m in humanitarian aid to help deal with refugees displaced by IS.

Abe announced that aid a week ago in Cairo during a trip through the Middle East, when he also called IS a threat to the region and the international order.

The militant group has executed five British and American aid workers and journalists in recent months. Mr Yukawa's capture by IS fighters outside Aleppo in August was the first time a Japanese citizen has been held by the group.

Mr Goto's mother, who had appeared before reporters on Friday in an emotional plea for his release, said she remained hopeful.

"The Japanese government will not let my son down. He will come back," Junko Ishido told reporters. 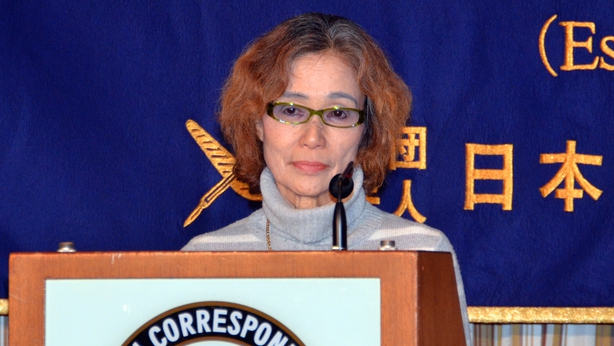 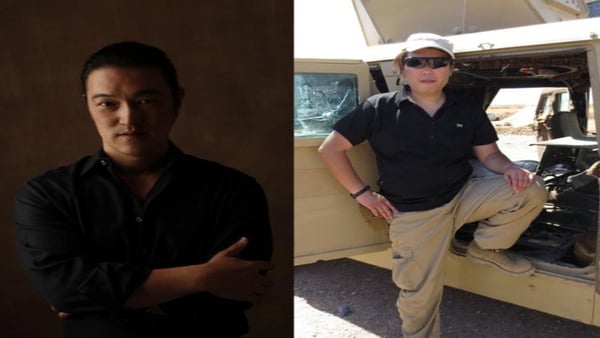