Australia has ordered a ban on dumping dredge waste on most of the Great Barrier Reef, the environment minister has said, as part of a push to stop the UN declaring the site in danger.

Environment Minister Greg Hunt said he had ordered the Great Barrier Reef Marine Park Authority to develop regulations to stop waste from capital dredging being dumped in the park "once and for all".

"We are ending a century-old practice of dumping in the marine park," he said, referring to waste created by enlarging shipping channels, berths and marinas.

Conservationists say dumping waste in reef waters damages it by smothering corals and seagrasses and exposing them to poisons and high levels of nutrients.

The United Nations Educational, Scientific and Cultural Organization has threatened to put the reef, which is a World Heritage area, on its danger list.

The body has given Australia until 1 February to act and Mr Hunt said he would travel to Europe next week to consult on long-term plans for the natural wonder.

He said the government had put together "a strong defence of the management of the Great Barrier Reef... concluding that it should not be listed as in danger".

The reef also faces threats from climate change, nutrients washing into the sea and the destructive crown-of-thorns starfish, and the government was working on each of them, he added in a statement.

But he said water quality was improving, coral-eating starfish were being culled and stricter management regimes have been put in place for shipping and developments, including ports.

"Australians are proud of the reef and it remains one of the great natural wonders of the world," he said.

"We are determined to protect and manage the Great Barrier Reef not just for the coming decades, but for coming centuries."

The park where the ban will apply almost totally overlaps with an expanse designated as a World Heritage Area, but it does not include most islands and ports, as well as lakes and other waterways in the heritage area.

Environmental groups have urged the minister to go a step further and prohibit the dumping of dredge soil throughout the World Heritage Area, not just within the marine park.

The ban will now be subject to public consultation, with final approval expected by mid-March. 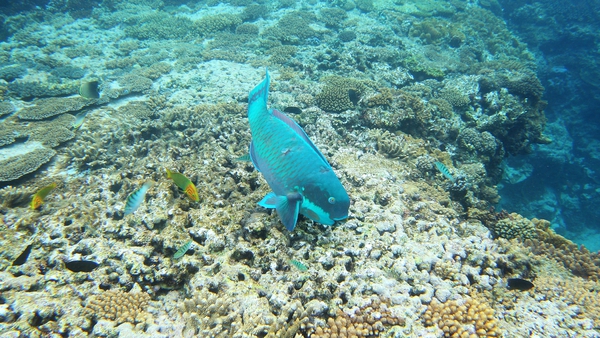