Secondary schools are to close tomorrow as teachers strike as part of their opposition to Junior Cycle reform.

The Taoiseach earlier called on teachers to reconsider their planned strike action.

Speaking during Leaders' Questions in the Dáil, Enda Kenny said the only people who will suffer are the students.

Responding to Fianna Fáil leader Micheál Martin, Mr Kenny said the strike is avoidable, adding that the Minister for Education said she is willing to engage with teachers further.

Teachers with the Association of Secondary Teachers' Ireland and the Teachers' Union of Ireland are to stage another one-day strike tomorrow at second-level schools across the country.

They are protesting plans for Junior Cycle reform.

The unions are opposed to pupils being assessed by their own teachers for 40% of their work instead of by an external examiner.

Ms O'Sullivan told the Dáil last night that she hoped agreement could still be reached and that she had gone as far as she could.

However, the TUI has said that the planned strike will go ahead as planned.

Speaking on RTÉ's Morning Ireland, TUI President Gerry Quinn said that the unions had been more than reasonable with the minister and it is with great regret that the strike goes ahead, but it is necessary.

He added they were going on strike in order to create a situation where all the outstanding issues in the education sector can be addressed "in the context of a very damaged landscape in terms of cuts".

He said it was about maintaining objectivity in the state examination system and good teacher/pupil relations and about preventing further bureaucratisation of the school system.

Mr Quinn said a second strike was "on the cards", but they would do everything possible to try to persuade the minister that it was possible to reconcile what appear at present to be mutual contradictory positions.

Tonight, some members of the Technical Group expressed their support for Sinn Féin Private Member's Motion calling for the minister to stall the implementation of reforming the Junior Cert. 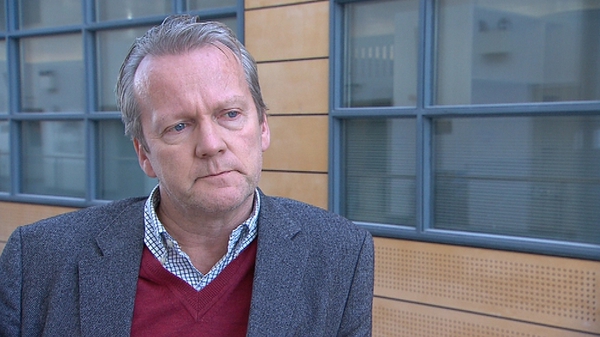