Training courses for jobseekers were being delivered by instructors who themselves were on JobBridge internship and Tús trainee schemes, according to an internal report seen by RTÉ's This Week programme.

Some interns were providing training workshops "on their own", according to an audit of the Jobs Club scheme.

The scheme is run by the Tánaiste Joan Burton's Department of Social Protection.

The unpublished report found what it described as "inconsistencies and concerns" in the operation of the Jobs Clubs scheme.

The scheme provides help to welfare recipients trying to get back to work.

The report's authors said that the job descriptions provided to them for some of the interns indicated that their roles covered "the entire duties of a Job Club Leader and Assistant", which are the two senior grades of staff working at Jobs Clubs.

More than 25,000 people have attended workshops and training courses run at Jobs Clubs over the past three years.

The clubs are run by private contractors, but funded by the Department of Social Protection at an annual cost of around €6m.

To take part in a Jobs Club workshop, jobseekers are referred by an employment office. Participants receive €20 per week on top of their welfare payment.

Among the other findings, the auditors found evidence of a number of Jobs Clubs that were being operated by a private company whose performance review fell well below the minimum score.

Despite this, it was allowed to continue operating three Jobs Clubs.

The audit concluded that "a lack of oversight of Jobs Clubs may lead to contracts being renewed where the minimum standard is not met".

They also found that there was no formal record of attendance for Jobs Club participants.

It also found that the question of what constituted an acceptable absence for which attendees could be paid was left to the discretion of local managers.

The auditors said there were inconsistencies across the Jobs Clubs over when staff sick pay was paid and also whether the State was picking up the tab for employer pension contributions.

They said there was confusion over these issues and there was evidence the State was reimbursing some of the private contractors for employer contributions to their staff pensions, even though it was a policy not to do so.

The CPES is quoted in the report saying that it could not discriminate against the private companies who operated the Jobs Clubs by blocking their use of JobBridge interns or Tús trainees in this regard.

However, it does not address the issue of them working, as the auditors found, "one their own" while doing this work.

On the issue of data protection, it said that CPES is to make changes to the Job Clubs conditions in order to strengthen controls for data protection.

This will come into effect as part of new Jobs Club guidelines introduced in the past few weeks. 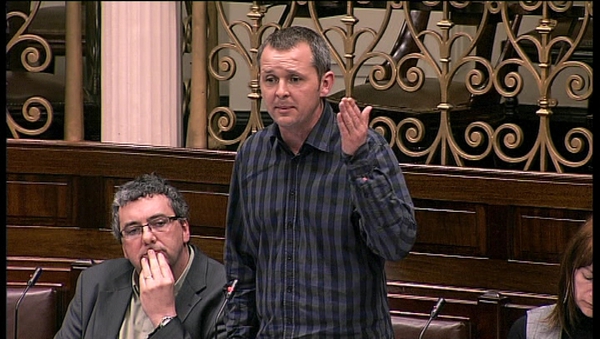 Call for JobBridge internship programme to be replaced by 'real jobs'