Eurotunnel services have resumed but customers are told to expect delays.

This follows a truck fire that left thousands of passengers stranded on either side of the Channel yesterday.

All passenger services and the Eurotunnel Le Shuttle car service were halted after the vehicle caught fire at the French end of the underground railway's south tunnel.

Similar scenes were reported in Paris, with many holidaymakers forced to look for alternative transport or hotels.

A Eurotunnel spokesman said on Twitter: "Our passenger service is currently operating to schedule with up to two departures per hour."

Empty trains were sent through the tunnel to ensure it was clear and customers were being offered transfers to ferries until the service recommenced, the spokesman added.

Meanwhile, passenger service Eurostar said it planned to run a full service today "for passengers who have an existing reservation for this date".

However, trains are expected to be delayed by between 30 and 60 minutes because only one tunnel will be open.

It added that people whose trains were cancelled yesterday were advised not to arrive at stations unless they had already been re-booked.

A spokesman said today: "Eurostar will be running a near to normal service and we advise to check in as normal. Delays may be expected between 30 and 60 minutes." 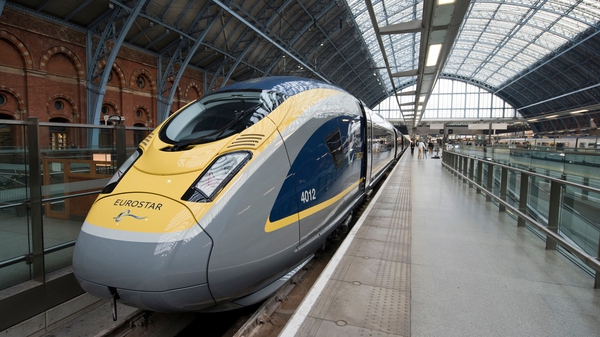