13% of mothers-to-be in Ireland smoke all the way through their pregnancy, according to the latest report on Irish children.

The report, part of the Growing Up in Ireland study, found women who experience a great deal of stress are much more likely to continue smoking, while poverty and poor education are also factors.

It found the opposite was the case for women who drink during pregnancy; those with higher levels of income and education were more likely to drink while expecting a child.

The researchers also warned that due to Ireland's drinking culture, babies are more often exposed to high levels of alcohol until a woman's pregnancy is confirmed.

The latest National Longitudinal Study of Children shows that the proportion of women smoking during pregnancy dropped from 28% in 1999 to 17% in 2007.

It found that 13% of women smoked all the way through pregnancy, even though smoking more than 11 cigarettes a day decreases a baby's birth weight.

The study also found that compared to women in Britain, Irish women were significantly less likely to report drinking during pregnancy. 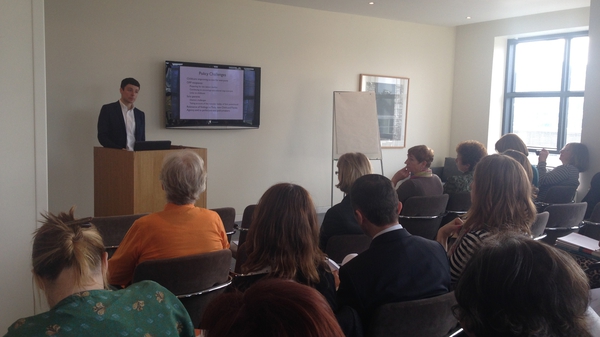