More than 2,200 homes are without power tonight as weather conditions continue to worsen across the country.

ESB Networks has said it will work overnight to keep the power network and the public safe.

The largest of the outages is in Clifden, Co Galway where 299 customers are affected.

245 customers are without power on Achill Island, while in Co Roscommon 199 people are affected.

However, due to safety concerns it will not be able to carry out further repairs until the morning.

Meanwhile, the National Emergency Co-Ordination Committee has advised people to avoid unnecessary travel tonight and tomorrow as a storm bears down on western coastal counties.

Wind gusts of up to 150km/h are forecast until midday tomorrow.

A Status Orange wind warning has been issued for the rest of country, with winds expected to reach speeds of up to 130km/h.

The Department of Education has advised schools in the worst affected areas to consider not opening tomorrow morning.

P&O Ferries has cancelled its midnight, 4am and 7.30am sailings tomorrow between Larne and Cairnryan due to the adverse weather conditions.

The committee earlier gave a briefing on preparations for the severe weather.

Met Éireann's Gerald Fleming says this will be as severe as many of last winter's storms, although not as bad as 12 February.

Inspector John Ferris asked drivers of high-sided vehicles, motorcyclists and cyclists to avoid travelling during this period, if they can, and to take extra care if they do have to go out.

He also said people should avoid coastal areas, particularly cliff walks and waterways and should not take their children out to these areas to look at the storm.

In Kerry, schools are being advised to stay closed as the county is expected to bear the brunt of the storm.

Members of the public are being advised not to venture outside and to secure loose objects.

Householders are also being advised to ensure they have an adequate supply of drinking water in the event of significant power cuts.

Dozens of schools in the northwest and midlands closed today due to overnight snow and frost.

Difficult driving conditions have also been reported in many areas across the country.

The ESB has issued a warning to the public to stay away from power lines, adding that all staff are on stand-by in case of any power outages. 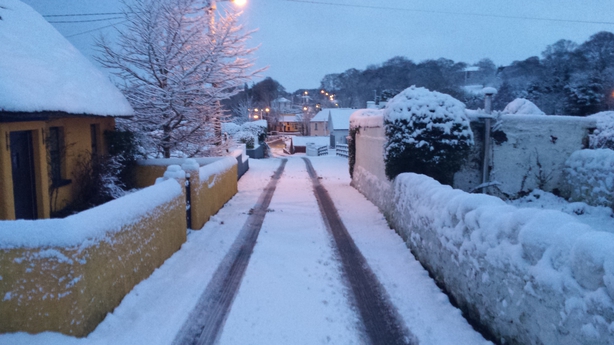 Care is still needed on many roads around the country.

Up to 8cm of snow was earlier reported around Letterkenny in Co Donegal.

AA Roadwatch reported that the worst affected areas in Co Cork were Fermoy and higher ground.

Some local roads in Roscommon were impassable.

Some Bus Éireann services were delayed.

Bus Éireann wishes to advise customers of disruptions to some services due to the bad weather. For the latest info- http://t.co/Zf5RrFD9rm.

Bus Éireann said the school transport network was disrupted in the northwest and midlands due to snow and icy conditions earlier. 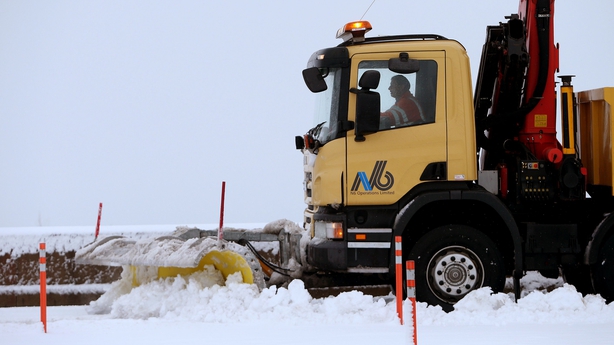 Send your weather pictures to yourphotos@rte.ie or @rtenews. 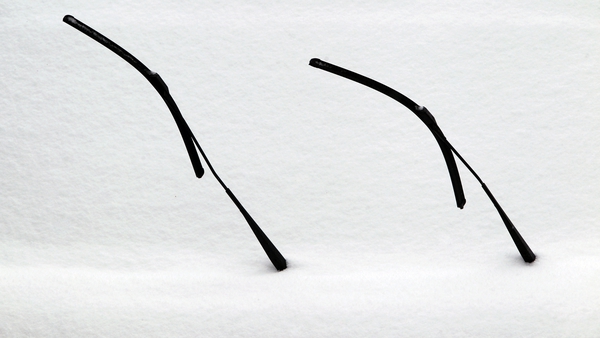 Up to 8cm of snow may fall in some areas