Pauline Cafferkey, the British nurse who contracted Ebola in west Africa, remains in a critical condition inside a hospital isolation unit and her health may not improve for "some time", her family have said.

Ms Cafferkey, who is being treated at London's Royal Free Hospital, contracted the disease while working as a volunteer at a British-built Ebola treatment centre in Sierra Leone.

She felt unwell as she returned to Britain and was diagnosed in Glasgow on 29 December, before being transferred to the London hospital, which has the only isolation ward in Britain equipped for Ebola patients.

"We would like to thank all our friends, family and the members of the public who have contacted us with support following Pauline's diagnosis with Ebola. We have been very touched by the kind words," her family said.

"Pauline continues to be in a critical condition at the Royal Free Hospital. We want to thank all the staff caring for her for their kindness, support and compassion.

"Pauline's condition could remain the same for some time."

Health Secretary Jeremy Hunt said Monday that the 39-year-old's condition was critical but had stabilised.

Ms Cafferkey has been treated with blood plasma from an Ebola survivor containing virus-fighting antibodies as well as an experimental anti-viral drug. 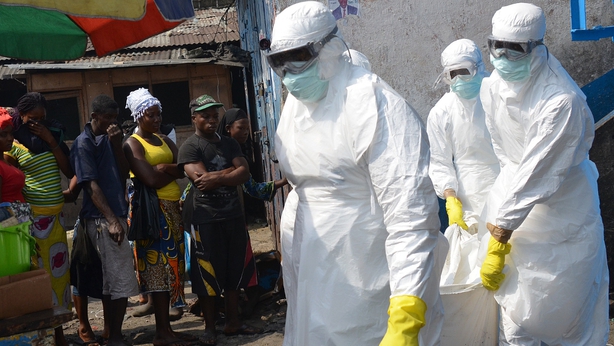 Meanwhile the World Health Organisation has said that, while 250 new cases have been confirmed in Sierra Leone in the past week, the spread of the virus there may be slowing.

The worldwide death toll from Ebola has reached 8,235 out of 20,747 known cases worldwide over the past year.

Overall, 838 health workers have been infected, with 495 dead.

The WHO's weekly report was based on figures reported by authorities in nine countries.

Guinea, Liberia and Sierra Leone account for the majority of infections and fatalities.

"There are signs that case incidence may have levelled off in Sierra Leone, although with 248 new confirmed cases reported in the week to 4 January 2015, it remains by far the worst-affected country at present," the WHO said.

Cases are still under-reported and unevenly spread in west Africa.

The virus is spreading most rapidly in western Sierra Leone, where the capital Freetown reported 93 of the new confirmed cases, the WHO said.

"An increasing emphasis will be put on the rapid deployment of smaller treatment facilities to ensure that capacity is matched with demand in each area," the WHO said.

In Guinea, whose capital Conakry remains the worst-affected district, the western prefecture of Fria reported its first Ebola cases.

The WHO will host a meeting of representatives from major drug makers, health authorities in affected countries and national regulatory agencies to assess clinical trials of experimental vaccines against Ebola. 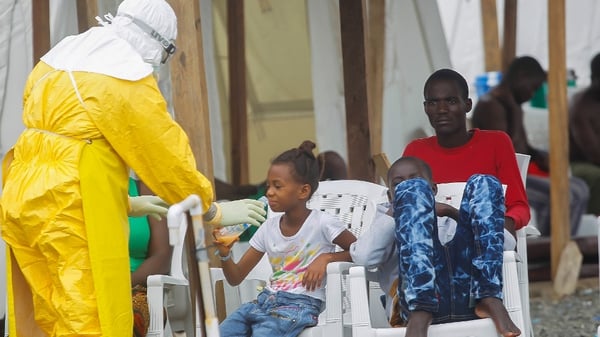