Peru drug smuggler Michaella McCollum's repatriation to a Northern Ireland jail has been given the go-ahead by the head of the prison service in Belfast.

All necessary paperwork has been sent to Peruvian authorities considering the application for transfer, a letter from the Northern Ireland Prison Service (NIPS) disclosed.

Scottish woman Melissa Reid and Ms McCollum, who is from Dungannon, Co Tyrone, were imprisoned in 2013 for six years and eight months after admitting trying to smuggle cocaine worth €1.9m from Peru to Spain.

A solicitor has described the conditions of their detention as horrendous.

Director General of the NIPS Sue McAllister told Ms McCollum's legal team: "I can confirm that the Peruvian authorities have all of the documentation they require to enable them to make a decision on your client's application for repatriation.

"This paperwork includes confirmation that NIPS is prepared to accept her as a transferred prisoner.

"However, the final decision on the application is a matter for the Peruvian ministry of justice and human rights."

In Peru, a person given a six-year-eight-month sentence could hope to be released on parole after two years and three months.

While in Northern Ireland, parole might only be offered after three years and four months, when half the sentence has been served.

Kevin Winters, the Belfast solicitor representing Michaella McCollum, said engagement with his client, her family and the authorities is ongoing.

He will speak to her in two weeks' time and said that no decisions have been made and matters should become clearer next month.

For repatriation prisoners must be accompanied throughout their journey; airlines and airports must be advised, with security arrangements put in place at departure, transit and final stops.

Her final destination would likely be Ash House Women's Prison at Hydebank Wood in south Belfast. 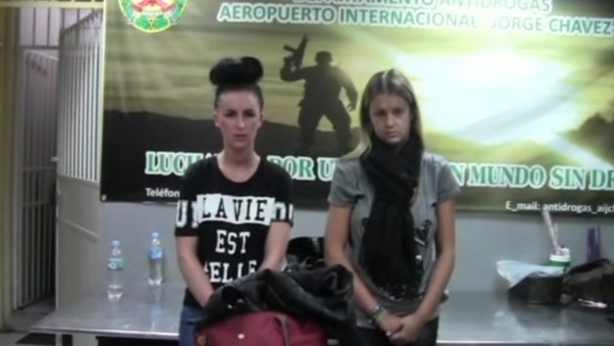 They were working on the Spanish party island of Ibiza when they claimed Colombian drug lords who kidnapped them at gunpoint forced them to board a flight with over 10kg of cocaine in food packets hidden inside their luggage.

The two women faced the prospect of a maximum 15-year prison term, but struck a behind-closed-doors plea bargain to secure a shorter sentence.

The Scottish Prison Service agreed in principle to a transfer for Ms Reid last year, but is still waiting to hear from the Peruvian authorities, who must confirm that they are happy for her to serve the remainder of her sentence under Scottish law.

The pair had previously been held at Lima's Virgen de Fatima prison, but were moved to the Ancon 2 prison, where horrific conditions reportedly meant Ms McCollum was crammed into a cell with 30 other prisoners.

The situation at the mixed prison, which is a two-and-a-half hour drive from Lima, has previously been criticised by her lawyer as "appalling".

Mr Winters has said sanitation and toilet facilities are extremely poor and all females have to use a hole in the ground, which has to be covered up because of the presence of vermin.

Northern Ireland Justice Minister David Ford said: "After consideration of the facts of this case, including the difficulty encountered in maintaining family contact, I am content to approve the repatriation to Northern Ireland of Michaella McCollum." 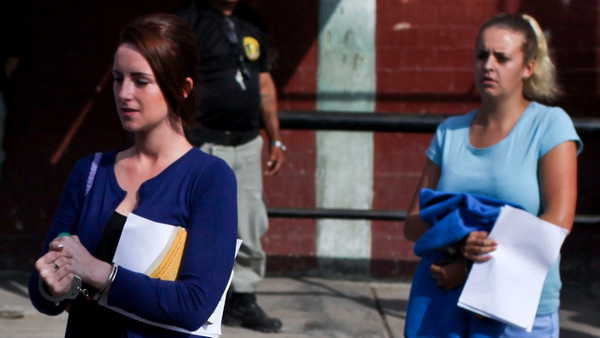