The United States said it "strongly opposes" a request from the Palestinian Authority to join the International Criminal Court, fearing this will further delay peace talks with Israel.

"It would be counterproductive and would do nothing to further the aspirations of the Palestinian people for a sovereign and independent state," the State Department said.

Palestinian President Mahmoud Abbas signed on to 20 international agreements, including the Rome Statute of the International Criminal Court, a day after a bid for independence by 2017 failed at the United Nations Security Council.

The move paves the way for the court to take jurisdiction over crimes committed in the Palestinian territories and investigate the conduct of Israeli and Palestinian leaders over more than a decade of bloody conflict.

Israeli Prime Minister Benjamin Netanyahu has threatened "steps in response" to Mr Abbas's approach to the ICC and vowed to defend Israeli soldiers from any potential prosecution.

In a statement, Mr Netanyahu said the court could also target the Palestinians, citing Mr Abbas' unity deal with Hamas Islamists, which he called "an avowed terrorist organisation which, like ISIS, carries out war crimes".

"We will take steps in response and defend Israel's soldiers," Mr Netanyahu said.

Based in The Hague, the ICC can prosecute individuals accused of genocide, crimes against humanity and war crimes, committed since 1 July 2002, when the Rome Statute came into force.

According to the ICC's official website, last updated in May 2013, the Rome Treaty has been ratified by 122 states.

The court can only pursue an individual if crimes were committed on the territory of a state party - one that signed and ratified the Rome Statute - or by a citizen of such a state.

Israel has signed but not ratified the treaty.

Yesterday's UNSC vote defeat came after a three-month campaign by the Palestinians at the UN to win support for the resolution that would have set a timeframe for ending the Israeli occupation.

Council heavyweights China, France and Russia were among eight countries voting in favour, while the US and Australia voted against.

Five others abstained, among them Britain, but also Nigeria which had been expected to support the resolution.

Israel has expressed satisfaction after the UNSC failed to adopt the resolution.

"Every Israeli who wants peace with our neighbours can only be satisfied with the results of this vote," deputy foreign minister Tzahi HaNegbi told public radio several hours after the resolution failed to pass within the 15-member council.

"This deals a blow to efforts by (Palestinian president) Mahmoud Abbas to embarrass and isolate us," said Mr HaNegbi, a close associate of Prime Minister Benjamin Netanyahu. 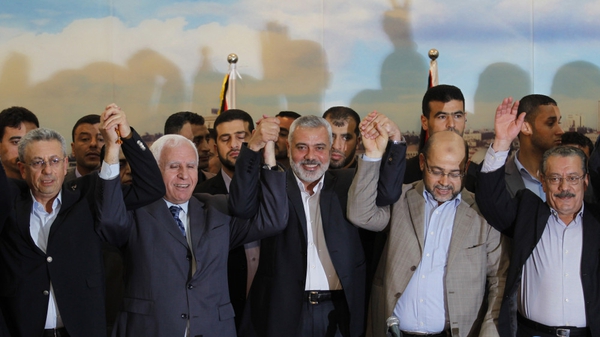