Patrick Gillen, one of the last surviving Irish D Day veterans, has died.

The 89-year-old received the Chevalier de la Legion d'Honneur from the French government earlier this month in recognition of his bravery and courage in the liberation of France.

The father of four and grandfather of 12 served as a commando in the British army throughout the war.

The Galway native returned to Ireland after the war and worked as a public relations manager for  Ford Ireland based in Cork for many years.

He passed away at his home in Cork this afternoon. 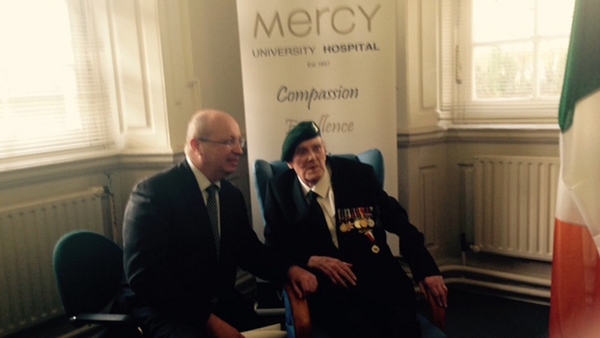