The round-the-clock Childline telephone service has been rescued by a generous public response to its appeal for help and a Government pledge of a total of over €200,000 this year and next.

The announcement by the Irish Society for the Prevention of Cruelty to Children (ISPCC) comes following an appeal last October for help to stave off the threat closure because of financial difficulties.

Childline has been taking calls from lonely and distressed children and young people for 26 years, but in October the ISPCC warned that the 45,000 annual calls the service is answering by night would go unanswered next year if it failed to raise €1.2m.

ISPCC Acting CEO Caroline O'Sullivan told RTÉ News the public appeal had raised €400,000 this year, while securing pledges of €300,000 for next year.

Ms O'Sullivan said €200,000 of the total had come from corporate donations.

In addition, Minister for Children and Youth Affairs Dr James Reilly announced his department and the charity have reached a funding agreement spanning this year and next, but he did not put a figure on the amount involved.

Dr Reilly also welcomed a further agreement involving his department, the Child and Family Agency, Tusla and the ISPCC to cooperate in the area of child protection.

This will include exploring the enhanced use of technologies to assist with the statutory roll-out of this year's Children First Bill.

The legislation will require organisations serving children to keep them safe and to produce a Child Safeguarding Statement.

The Minister added the ISPCC had also agreed to provide information on an on-going basis to his department and the Department of Health regarding ‘hidden harm’ issues reported to Childline.

He said the information would help to identify the needs of children and young people within their families and the level of that need.

Dr Reilly said Childline has considerable experience in being the 'listening ear' to concerns of children and young people, from simple problems to issues of a more serious nature and that it is right that the State protects it and respects its independence.

Underlining the generous public response to October's emergency appeal, Mr Flinter said the minister had stated he values Childline's importance and that his department would work with the charity to ensure that Childline remains an around-the -clock service. 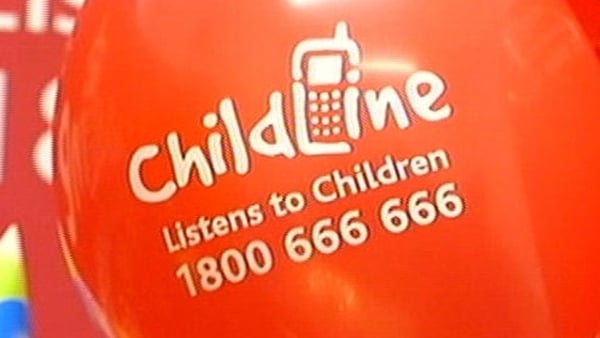 Christmas calls answered by Childline up 20%