It is understood that significant progress was made yesterday on a number of issues, including welfare reform.

All the groupings met for a plenary session and with that over, the parties will meet for the next few hours on a bilateral basis.

They are due to reconvene under the joint chair of Northern Ireland Secretary of State Theresa Villiers and Minister for Foreign Affairs Charlie Flanagan at 5.30pm.

The negotiations could continue into tomorrow, at least, if the assessment is that a successful conclusion is within reach.

Mr Flanagan said: "The Secretary of State, Minister Sherlock and I met with the five Executive Parties this morning.

"Substantial progress has been made in negotiations over the past 24 hours. Intensive engagement continues.

"We remain firmly of the view that a successful and comprehensive outcome to this process will be in the best interests of the people of this island and are working to that end."

Deputy First Minister Martin McGuinness said there had been a "step change" in the talks.

It comes a week after Taoiseach Enda Kenny and British Prime Minister David Cameron left the talks, saying it had not yet been possible to reach a deal.

The most optimistic outcome would have the five parties in the powersharing executive reach agreed positions on issues unresolved in the Haass negotiations last year.

The main areas of discussion surround the administration's budget and issues left outstanding from the peace process.

The DUP and Sinn Féin are at odds over welfare reform changes and how to deal with contentious parades, flags and the legacy of the Troubles. 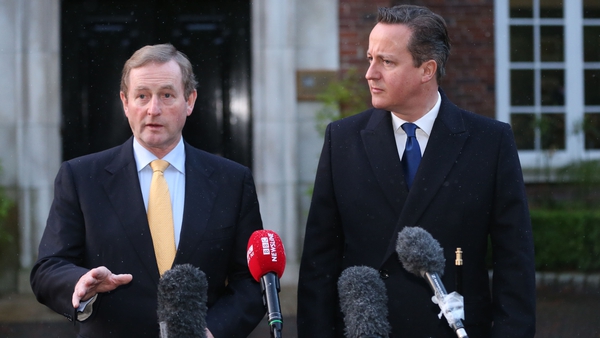