An independent review of the US Secret Service says its needs more staff, better training and a leader from outside to steer an agency that has become too insular.

An executive summary of the classified review, which was cited by the Wall Street Journal, shows deep problems at the top of the Secret Service, which is charged with protecting US officials, including the president.

The review says the new leader will need to strengthen the culture of accountability at an agency that has been stretched beyond its limits.

The four-member review panel was appointed by Homeland Security Secretary Jeh Johnson after an Iraq war veteran with a knife scaled a wall around the White House, ran across the lawn and entered the building before an off-duty agent stopped him on 19 September.

The September breach came a day after it was discovered that an armed private security contractor with a criminal record shared an elevator with President Barack Obama in Atlanta earlier in September.

Those lapses, combined with an incident in 2011 where seven gunshots were fired at the White House, have raised concerns that Mr Obama was not as well protected as he should be.

Mr Johnson asked the panel to recommend potential directors to lead the Secret Service and determine if there should be a broader review of the agency.

Ms Pierson, who had been in her position for just 18 months, was given the mission of cleaning up the agency's culture after a 2012 presidential trip to Colombia in which up to a dozen agents were found to have hired prostitutes. 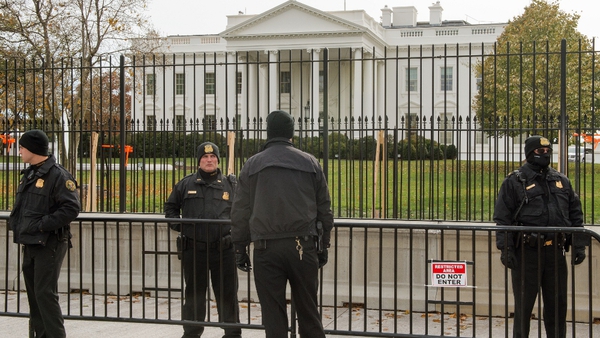 Man held after driving to White House with gun