The Taoiseach has applied further pressure on the European Central Bank regarding its limited participation in Ireland's banking inquiry.

Speaking to reporters afterwards, the Taoiseach described it as a "preliminary discussion" saying: "I asked Mr Draghi to consider how best the European Central Bank might be to assist and contribute to the banking inquiry.

"I will come back to Mr Draghi in due course."

The ECB has already declined to appear before the first phase of the banking inquiry.

In a letter to the Oireachtas Committee, Mr Draghi said his institution's responsibility was to the European Parliament rather than national parliaments, and therefore would "not appoint a dedicated contact person".

Committee chairman and Labour TD Ciarán Lynch expressed disappointment with that decision, saying in a statement: "While the ECB is outside the Irish jurisdiction and beyond the committee's powers of compellability, the committee does have the expectation that it will assist us in our work."

Mr Kenny said tonight: "I pointed out to him [Draghi] that the people in Ireland were very concerned to understand and to find out what actually had happened.

"I think he clearly understands the implications for the Irish people of the severe difficulties that we faced then and that we still face."

Asked whether there had been major discussions on aggressive corporate tax avoidance and Ireland's corporate tax rate, Mr Kenny said: "It didn't arise. It wasn't discussed. And there was not mentioned by anybody at the meeting this evening."

Asked if he still wanted to apply to Europe for the recapitalisation of Ireland's banks, the Taoiseach said his objective was to "get the best result for the Irish taxpayer".

He said Ireland now had "options" because the "situation in so far as the banks are concerned has improved".

He added: "The minister [for finance] is considering how you might put a value on, or a portion, on the entity that is AIB.

"He has made his position clear in respect of Bank of Ireland. But the objective is to get the best result to reclaim the €17bn this Government put into the banks."

Ireland will continue to participate in EU negotiations

Earlier, Mr Kenny defended Ireland's corporate tax system saying it was "very much upfront" and that Ireland will continue to play a part on EU negotiations.

He said: "We will defend completely our 12.5% corporate tax rate. Tax is a matter of national competence."

The question of tax is in the agenda of the summit at the request of Spain and France who wish to respond forcefully to revelations in the so-called 'Lux Leaks'.

It follows the recent revelations of secret tax deals between Luxembourg and international corporations.

The 'Lux Leaks' revelations, coupled with a renewed push for greater tax harmonisation within the EU, will put Ireland's corporate tax regime back in the spotlight.

In the recent past, the Taoiseach said there was a "certain reputational damage" being caused by what he called "perception, confusion and by misinformation".

He maintained the Minister for Finance and the Government had dealt with that.

An investment plan to stimulate growth was the focal point of today's summit.

The European Commission said investments on the scale envisaged could create up to 1.3 million jobs across the EU.

Ireland has submitted a list of 70 projects that the Government feels are worthy of funding.

Italy and other member states want any new investment to be counted against a country's budget deficit.

However, Germany and its fiscal conservative allies are opposed to being flexible with the rules.

He is aiming to shorten these meetings by making them more focused and efficient. 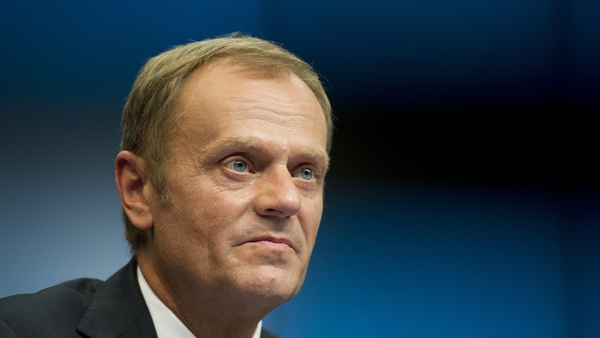 Summary of the key positions within the EU