The mother of a baby who died in the Midlands Regional Hospital in Portlaoise in 2012 has said the same errors are being made again in relation to maternity care at the hospital.

Róisín Molloy's son Mark was one of a number of babies whose deaths at the hospital were the subject of an RTÉ investigation that highlighted failures in care.

Ms Molloy was speaking to RTÉ's News at One following the case this week of an expectant mother who was mistakenly told by Portlaoise Hospital that her baby had died.

The Health Service Executive is reviewing this week's case.

Ms Molloy said: "What we need is not continuous reviews. We need the recommendations that have been made time and time again to be implemented.

"But at this stage, what we say is, 'what do the people of the Midlands need to do? What do we as parents need to do?'"

Aimee Nolan, originally from Dublin but living in Co Offaly, attended the Midland Regional Hospital Portlaoise on Monday as a result of a referral from her GP, who had concerns about the baby's heartbeat.

Following a two-hour wait, a doctor carried out a scan on Ms Nolan, who is 14 weeks' pregnant.

She was informed there was no heartbeat and that her baby appeared to be at developmental stage of nine weeks.

The doctor said it appeared the baby had not grown for the past nine weeks.

Ms Nolan was then told her baby was dead.

She was asked to return to the hospital next Monday to discuss her options.

Ms Nolan's husband contacted the hospital the following day and requested an earlier date for a D&C procedure (dilation and curettage).

They were given an appointment for Wednesday of this week.

When Ms Nolan and her husband returned on Wednesday they were met by staff from the maternity unit.

Discussions took place about the options available to Ms Nolan.

A second scan was undertaken and it was discovered that there was a heartbeat, the baby was alive and was the correct size for 14/15 weeks. 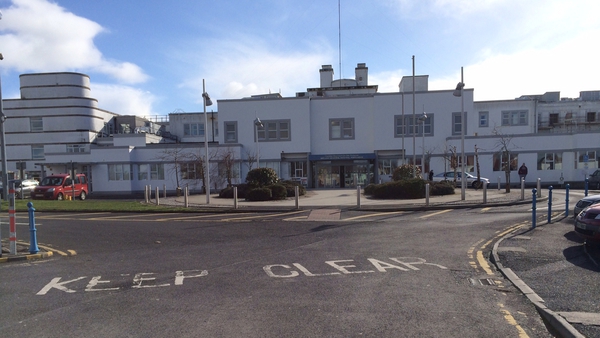