President Michael D Higgins has met two senior Chinese politicians and toured one of China's largest multinational companies on the third day of his State visit.

He was greeted by Prime Minister Li Keqiang at the Great Hall of the People in Tiananmen Square and later met the Chairman of the National People's Congress Shang Dejiang.

Huawei employs 150,000 people worldwide - including 60 in Ireland - and had worldwide revenues last year of $39.5 billion.

The company will sponsor ten undergraduates next summer to travel to China for four weeks to learn about the language and culture as well as learning about the latest ICT technologies.

The students' time in China will be split equally between Beijing and the company's headquarters in Shenzhen.

This evening, the President will attend a reception at the Irish Embassy for the Irish community in Beijing.

Tomorrow the presidential delegation will move to Shanghai and Hangzhou for a series of meetings before returning to Ireland on Monday. 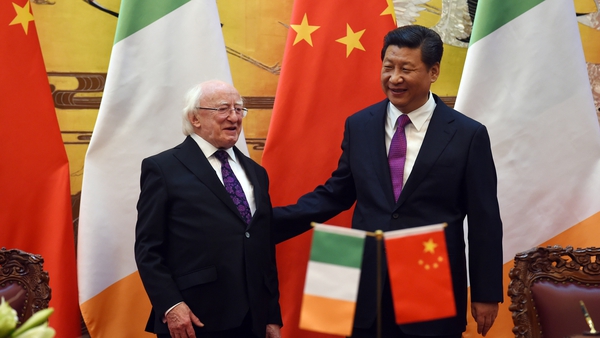