A woman, a 10-year-old boy and a local al-Qaeda leader were among at least 11 people killed alongside two Western hostages in Yemen.

US special forces raided the village of Dafaar in Shabwa province, a militant stronghold in southern Yemen.

American journalist Luke Somers, 33, and South African teacher Pierre Korkie, 56, were shot and killed by their captors during the raid intended to free them, US officials said.

AQAP, formed in 2006 by the merger of the Yemeni and Saudi branches of al-Qaeda, has for years been seen by Washington as one of the movement's most dangerous branches.

The fighters have links to Iran and have bolstered support among Yemeni Sunnis for AQAP, which has established itself in parts of south and east Yemen, including Shabwa where the raid took place.

However, since Islamic State in Syria and Iraq began distributing films of its militants beheading Western hostages,the focus on AQAP, which has traditionally used hostage-taking as a way to raise funds, had diminished until now.

At least two more hostages are being held by the group.

The Yemen-based group, loyal to the wider al-Qaeda organisation founded by the late Osama bin Laden, has denounced Islamic State, but Western and Gulf sources say there may be operational connections between the two.

"AQAP and Daesh (Islamic State) are essentially the same organisation but have different methods of execution and tactics," a senior Yemeni intelligence official said.

He said AQAP had killed hostages before, such as a group of Yemeni special forces soldiers in 2011.

"There are some AQAP cells that have pledged allegiance to the (Islamic State) caliphate. There is division over the legitimacy of Daesh in itsvision, but not tactics."

"We recognise that this was an attempt to secure the freedom of Mr Korkie and the hostages who had been kept in captivity."

No ransom was paid for Mr Korkie as his kidnappers eventually relented on an earlier demand for $3m, Gift of the Givers, the relief group that had tried to secure his release, said.

The group had expected Mr Korkie to be freed today.

Apart from the woman and the boy, reports on social media feeds of known militants said an AQAP commander and two members of the group were killed.

Six other members of the same tribe also died, the reports said, although they could not be immediately verified.

The commander, identified as Jamal Mubarak al-Hardal-Daghari al-Awlaki, appeared to be the same person as Mubarakal-Harad, named by the Yemen Defence Ministry on Saturday as theleader of an AQAP group.

Several of those said by militants to have died were from the Daghari and Awlaki families, important tribes in Shabwa province. Yemen's government said yesterday the hostages were being held in the house of a man named Saeed al-Daghari.

As special forces battled al-Qaeda militants in the house, kidnappers in another building nearby shot the two hostages, a local man who identified himself as Jamal said.

US officials have said the raid was carried out by US forces alone, but Yemen's government and local residents said Yemeni forces also participated.

US Secretary of State John Kerry said the operation, the second attempt to free Mr Somers in 10 days, had only been approved because of information that the American's life was in imminent danger.

Abdel-Razaq al-Jamal, a Yemeni journalist who specialises in covering Islamist militants, said AQAP may have originally intended to ransom Mr Somers as well, but appeared to have been angered by the earlier rescue attempt on 25 November.

The widow of a British aid worker murdered by the Islamic State group has branded his killers "cowards".

Dragana Haines, whose husband David was killed by the militants in a graphic video posted online in September, said she could not bear to watch the whole footage.

It comes after British-born photographer Luke Somers, 33, a US citizen who was held hostage for more than a year by al-Qaeda, was killed by his captors during a second rescue attempt by the US military.

South African hostage Pierre Korkie also died in the rescue attempt, just a day before he was expected to be freed.

The former RAF aircraft engineer had been helping refugees in a camp near the Turkish border when he was taken by IS militants.

Speaking in Croatia, Mrs Haines told Sky News: "They consider themselves brave, but that's not bravery.

"It's a cowardly act to behead someone who has his hands tied behind his back, who is kneeling.

"You are a coward if you are going to behead someone who is helpless. You're not even a human being.

"You must be a monster to do something like that."

Mr Haines' death was among a string of similar murders by IS, which also killed another British captive and three American hostages in videos released on social media. 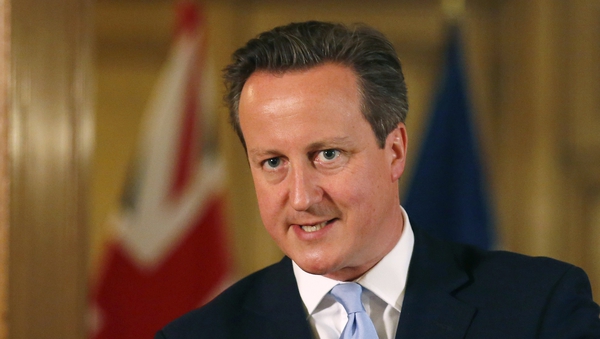