He died in a raid in south Waziristan close to the border with Afghanistan.

Adnan El Shukrijumah had been wanted in connection with a plot to launch bomb attacks on a New York sub-way five years ago.

Shukrijumah, one of the FBI's most wanted terrorists, was hiding in a compound in Shinwarsak, northwestern Pakistan.

He had fled from neighbouring North Waziristan tribal district.

The Pakistan army had launched a major operation against militant bases in June, the military said.

Saudi-born Shukrijumah is described by the FBI as "one of the leaders of Al-Qaeda's external operations programme".

He was wanted in connection with an attempt to blow up the New York subway in 2009, as well as for plots connected to targets in the United Kingdom.

The FBI had a $5m (€4m) reward available for information leading to his arrest.

Pakistan military spokesman Major General Asim Bajwa said in a tweet that five "terrorists" were also arrested during the raid.

"The intelligence had been working on the whereabouts and movements of Shukrijumah for about five to six years," a senior Pakistani security official told AFP.

Local intelligence official and residents said that authorities had sealed all entry points to South Waziristan and shut down phone networks before the raid.

The operation started lateyesterday and residents in Wana, a main town in South Waziristan, 15km east of Shinwarsak, heard the gun fire and helicopters' movements.

"Two Pakistani helicopters as well as four drones had been flying very low in the area since early morning.

Then gunfire continued for several hours," a tribesman in the neighbouring Azam Warsak village told AFP.

It was not immediately clear if the drones were part of the US's covert drone programme, which usually target Taliban militants in Pakistan's tribal areas.

He said that there were also reports of militants from the Haqqani network, which is aligned with the Afghan Taliban, in the area where the raid took place.

Analyst Imtiaz Gul said that the raid against Al-Qaeda reflected a shift in Pakistan's military policy to go after every militant group.

It means the Pakistani army is "changing its position on Al-Qaeda, on how it views the militant groups," Mr Gul told AFP.

"This also shows that they are going for an indiscriminate action against (all militant groups) who are a source of destabilisation, not only in Pakistan but also Afghanistan," Mr Gul said.

US investigators told CNN in 2010 that Shukrijumah is believed to have worked his way up into the leadership ranks of Osama Bin Laden's terror network after starting out as a dishwasher at an Al-Qaeda training camp.

The FBI believe he then went to Pakistan's Waziristan region, and ascended to his current position after two other Al-Qaeda operational leaders were killed in suspected US drone strikes.

Shukrijumah moved to America as a young child, living in Brooklyn, New York before moving with his family to Florida in the 1990s, according to FBI investigators.

As an adult, he worked odd jobs and took classes at a local college, including an English course with a professor who remembered his former student when FBI agents came knocking years later.

The semi-autonomous tribal areas that border Afghanistan have for years been a hideout for Islamist militants of all stripes -- including Al-Qaeda and the homegrown Tehreek-e-Taliban Pakistan (TTP) as well as foreign fighters such as Uzbeks and Uighurs.

Washington pressed Islamabad for years to wipe out the sanctuaries in the North Waziristan tribal area, which militants have used to launch attacks on NATO forces in Afghanistan.

The Pakistani military launched a major offensive in North Waziristan in June and say they have killed more than 1,100 militants so far, with 100 soldiers losing their lives in the operation. 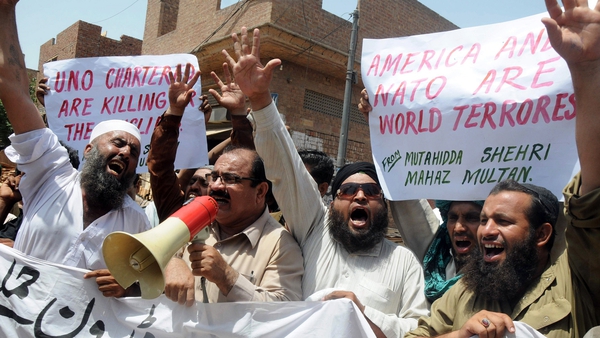