The US President Barack Obama has condemned the killing of US journalist Luke Somers and South African teacher Pierre Korkie  in Yemen.

The pair was being held as hostages by an al-Qaeda group.

They were killed during a failed rescue attempt by US and Yemeni special forces.

South African Pierre Korkie had been teaching in Yemen-
when he was abducted in May last year.

Luke Somers was kidnapped by Al-Qaeda more than one year ago.

US and Yemeni forces had launched a joint operation to try and rescue the pair.

US President Barack Obama condemned what he described as Mr Somer's "barbaric murder".

Ten militants were also reported killed during the operation in Shabwa province in southeast Yemen.

Yemen's defence ministry previously said on its website that he had been freed, but US media reported that Mr Somers had been killed in the rescue attempt, quoting his sister.

A tribal leader said soldiers of an unknown nationality were seen parachuting into the area.

Heavy clashes ensued in Nusab, a militant stronghold, according to residents who reported hearing loud explosions.

On Thursday Al-Qaeda in the Arabian Peninsula threatened the imminent execution of Mr Somers.

The US has said an unsuccessful attempt to rescue Mr Somers by American and Yemini forces was made last month.

According to Yemen's defence ministry, Al-Qaeda moved hostages, including the US journalist, a British citizen and a South African, days before the earlier US-Yemeni raid in southeastern Hadramawt province.

Yemen is a key US ally in the fight against Al-Qaeda, allowing Washington to conduct a longstanding drone war against the group on its territory.

The Arabian Peninsula is considered by Washington as the most dangerous affiliate of Al-Qaeda. 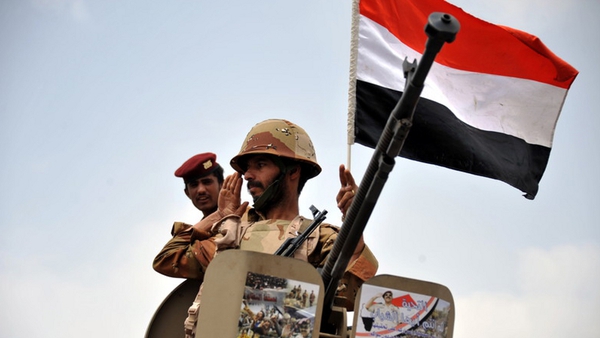 12 killed in fighting in Yemen