Dairy farmers have called on European Union Commissioner for Agriculture Phil Hogan to significantly increase the EU intervention price for milk to avert a major crisis for rural Ireland next year.

It follows a forecast of a 50% fall in dairy incomes next year.

Irish Creamery Milk Suppliers Association President John Comer said every parish in Ireland will be affected and consumers will lose out in the long-run if dairy farmers are forced out of business.

Yesterday's forecast from Teagasc of a disastrous year ahead for dairy farmers has sent shock waves throughout rural Ireland.

Teagasc is predicting that the farmers' profit margin on milk will fall to an average of just two cents per litre.

That is 82% lower than this time year, as a result of falling global milk prices.

There will be 18,000 dairy farmers directly affected. However, the indirect effect will be much wider.

Mr Comer said it will impact on every parish in the country; dairy farmers keep co-ops, banks, and the rural economy going, and dairy is a vital cog in the national economy.

He said the EU intervention price for milk is currently far too low, and Irish farmers will have been forced out of business long before it kicks in.

He met Mr Hogan in Brussels yesterday and urged him to take action now and increase the EU intervention price before the crisis hits.

Minister for Agriculture Simon Coveney has said that Teagasc's projections might be true and that plans need to be put in place.

However, Mr Coveney told RTÉ's News at One that he does not believe dairy farmers will be forced out of business.

Mr Coveney said that there are a number of things that can be done to insulate farmers against any change in price, including encouraging farmers to lock-in a percentage of their milk into a medium-term pricing contract with their co-op.

The minister also said that he has spoken to the CEOs of Bank of Ireland, AIB and Ulster Bank and has received assurances that they are going to do everything appropriate to ensure dairy farmers do not go out of business.

"And at the same time we saw a softening in global demand for milk and dairy products. And the two combined has put a downward pressure on prices," he said. 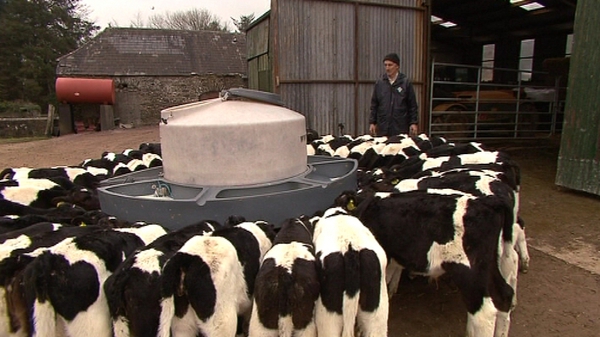