Ukraine's military have said that its forces and separatist generals have agreed a temporary ceasefire around the airport in rebel-held Donetsk that has been the focus of fighting for months.

Residents around the airport said that a lull in the fighting that has been raging on a nearly-daily basis ensued shortly after the negotiations began.

Any truce agreement concerning the hotly disputed site would mark one of the most tangible achievements of a general ceasefire that the two sides agreed three months ago but that never took full force.

The press office of Ukraine's "anti-terrorist operation" in the largely Russian speaking east said an agreement to suspend military operations was reached after 24 hours of fighting that killed at least three government soldiers.

"We have just learned that as a result of negotiations between the heads of the joint Russian-Ukrainian centre near the Donetsk airport, the fire has come to a halt," the Ukrainian military statement said.

A top separatist leader confirmed to AFP that negotiations between Russian and Ukrainian representatives were in progress.

Russian military envoys and their Ukrainian counterparts have held periodic meetings since late August in a bid to agree on conditions that could calm some of the bloodiest battles and demarcate territory between the two sides' forces.

The Russian-brokered ceasefire that the rebels and a Ukrainian envoy signed on 5 September was meant to establish a 30-kilometre buffer zone between the fighters and grant limited self-rule to the separatists.

But hostilities only intensified after the two rebel regions - the self-proclaimed People's Republics of Lugansk and Donetsk - held their own leadership polls on 2 November that were denounced by both the Ukrainian government and the West.

Pro-Russian militias have been attacking the Donetsk hub - once eastern Ukraine's most modern and busiest - since May in order to prevent government forces from using it to funnel soldiers and supplies into the war zone.

The structure and its landing strip have been devastated by constant shelling and no planes will be able to land there until a ground-up overhaul is completed or a new facility is built.

Ukrainian army spokesman Andriy Lysenko that clashes around the building involving heavy mortar fire and shelling have been particularly intense in the past three days. 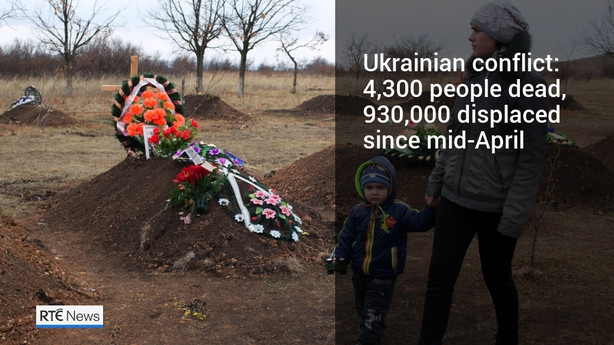