A new round of UN climate talks have opened in Peru, aimed at paving the way to a historic deal in Paris in December 2015 to roll back greenhouse-gas emissions.

Gathering 195 states, the 12-day meeting has to agree a common format for making pledges to reduce carbon pollution - the cornerstone of a pact taking effect from 2020.

Christiana Figueres, head of the UN Framework Convention on Climate Change (UNFCCC), told delegates: "2014 is threatening to be the hottest year in history and emissions continue to rise.

"We need to act urgently. We need to put on the table the draft of a new universal climate agreement," she said, urging delegates to "make history".

Countries have vowed to limit global warming to no more than 2 degrees Celsius beyond pre-Industrial Revolution levels.

Scientists say Earth is currently on course for roughly twice this amount by the end of the century - a recipe for worse drought, flood, storms and rising seas.

They warn that scant time is left for reducing heat-trapping emissions to safer levels.

However, doing this is a political headache, requiring of nations to crack down on energy inefficiency and switching out of fossil fuels and harnessing cleaner sources.

"We want this conference to create the kind of trust, the kind of opportunity and the kind of determination that we need to achieve the concrete agreement that the world needs."

Since September, top-level interest has hauled the climate issue out of the doldrums, where it had lingered after a near-fiasco at a summit in Copenhagen in 2009.

Since then, the three biggest emitters, China, the United States and Europe, have sketched their own plans for contributing to the carbon clean-up.

About 10,000 delegates, activists, journalists and back room staff have been accredited for the conference, with about 40,000 police providing security. 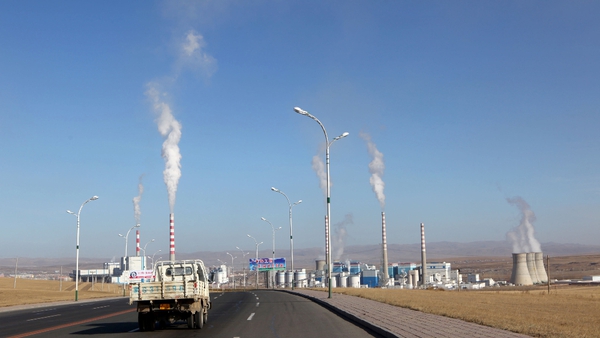