Around 50 people gathered in Ballina in Co Mayo this morning to protest at the introduction of water charges.

Members of the Mayo branch of the National Citizens Movement demonstrated outside Ballina District Hospital, where Taoiseach Enda Kenny was attending a function.

They handed a letter of protest to Mr Kenny's staff, calling for the abolition of Irish Water.

One of the protesters, Garie Beattie, described Irish Water as a "gold-plated Government quango".

There were several demonstrations against water charges across the country on Saturday. 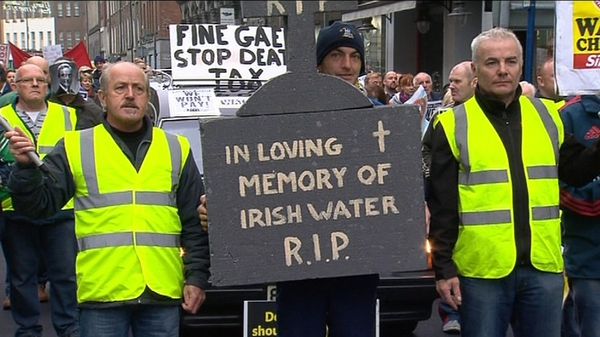 Protests across the country over water charges