A South African father and his two children were killed in a Taliban attack on a compound in the Afghan capital.

Kabul's police chief resigned after Kabul was hit by at least nine militant attacks in the last two weeks with foreign compounds, embassy vehicles and US troops among those targeted.

General Zahir Zahir resigned shortly after he confirmed that three South Africans - a father and his son and daughter - and an Afghan citizen were killed in a Taliban attack yesterday evening.

A Taliban spokesman claimed on Twitter that the compound hit was that of a secret Christian missionary group and that a meeting of Australian visitors had been hit.

Partnership in Academics and Development (PAD), a small US-based education aid group, posted a message on its website, saying three of its staff had been killed in the attack.

The US-led NATO combat mission in Afghanistan will end on 31 December and be replaced by a follow-on mission supporting the Afghan army and police, who have taken over responsibility for thwarting the Taliban. 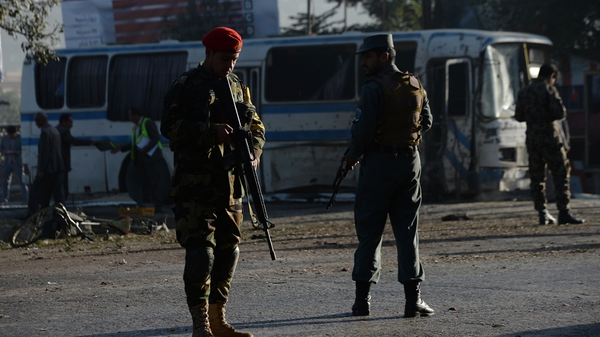