Malaysia Airlines has apologised for promotion tweet that sparked anger on Twitter after it inadvertently drew parallels with the still-missing MH370 flight.

"Want to go somewhere but don't know where?" read the post on Twitter that was meant to promote special deals by the national carrier, prompting scorn from online users.

"I genuinely feel sorry for @MAS, an airline I like, but seriously: 'Want to go somewhere but don't know where?'" one user posted.

Malaysia Airlines said the tweet "was intended to inspire travellers during this holiday period to explore destinations and deals" it was offering.

"Unfortunately, it unintentionally caused offence to some, and we have since removed the tweet," it said in a brief statement.

It is the second time the carrier, which has been devastated by the loss of 537 people in two air tragedies this year, has run into criticism over its advertising recently.

In September, it said it had changed the name of a ticket-sale promotion that invoked an "inappropriate" death reference by asking travellers which places were on their "Bucket List".

Bookings have plummeted due to the two disasters.

MH370 vanished in March with 239 passengers and crew aboard when it inexplicably diverting from its Kuala Lumpur-Beijing course.

It is believed to have crashed in the Indian Ocean, but no trace has been found.

MH17 went down in July - believed hit by a surface-to-air missile - in eastern Ukraine, killing all 298 aboard.

The airline said yesterday its third-quarter loss widened 54% year-on-year in the wake of the disasters that have sent its business into a tailspin and prompted a government rescue.

The result marks the seventh straight quarterly loss for the airline, which was already struggling to stay competitive before the disasters.

Thanks for your support. RT @jono_dubs @MAS Don't understand all the haters blasting #mas for their promotions? Some people are trying. 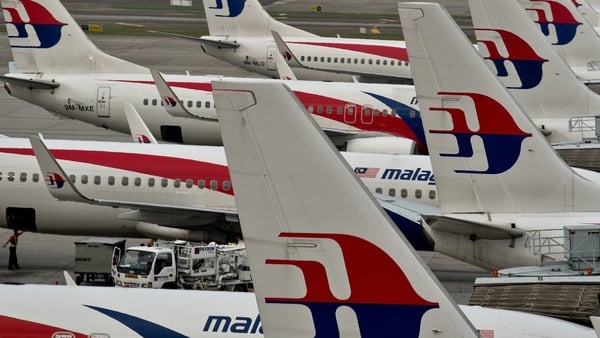