US President Barack Obama has warned Russia risks deeper isolation from the global community unless it takes a different path on Ukraine.

He was speaking at the end of a tense G20 summit.

Mr Obama said if Russian President Vladimir Putin "continues down the path that he is on, violating international law, providing heavy arms to the separatists in Ukraine.... then the isolation that Russia is currently experiencing will continue".

Mr Putin left Australia early today after a difficult summit, saying he left slightly early because he needed to get some sleep.

Mr Putin left before the final communiqué from the weekend talks was issued, but attended the annual forum's wrap-up lunch and praised the "constructive" discussions.

Speaking at a news conference just before flying out of Brisbane, he thanked Tony Abbott for hosting the event.

The Australian Prime Minister had threatened to confront him over the shooting down of Malaysia Airlines Flight MH17 over Ukraine in July.

Mr Putin added in comments reported by the RIA Novosti news agency that the decision to leave Brisbane early had nothing to do with tensions over Ukraine.

Instead, he wanted to catch up on some sleep ahead of a full day's work in Russia tomorrow.

"Then we need to get home and return to work on Monday. There's a need to sleep at least four to five hours." 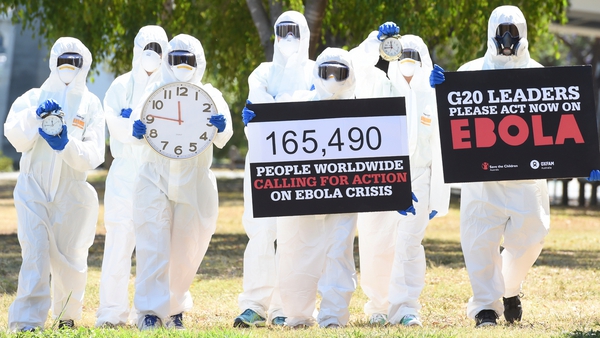 G20 leaders vow to do more in Ebola fight