Leaders of the world's most powerful economies have backed "strong and effective action" on climate change, throwing their support behind the UN's Green Climate Fund, aimed at helping poorer countries deal with the problem.

"We support strong and effective action to address climate change," G20 leaders said in a communiqué after weekend talks in Brisbane.

"We reaffirm our support for mobilising finance for adaptation and mitigation, such as the Green Climate Fund."

The announcement comes after Japan confirmed plans to give up to $1.5bn to the UN-backed Green Climate Fund, joining a US pledge of $3bn to mitigate the impact of global warming on poor nations.

In their declaration, G20 leaders said they aimed to support sustainable development, economic growth, and certainty for business and investment and would press for an agreed outcome at climate talks in Paris next year.

US President Barack Obama and European leaders had come together in Brisbane to demand that the G20 commit to collective action against climate change, a counter to the pro-growth agenda pushed by Australian Prime Minister and G20 host Tony Abbott.

Mr Abbott had resisted some language on climate proposed for the G20 communiqué, with one European diplomat likening the negotiations to "trench warfare", but Mr Obama breathed new life into global talks on greenhouse emissions with a surprise pact with China last week.

Mr Abbott today said that while all members wanted to take action against climate change, they wanted to do it in ways that strengthened growth and boosted employment. 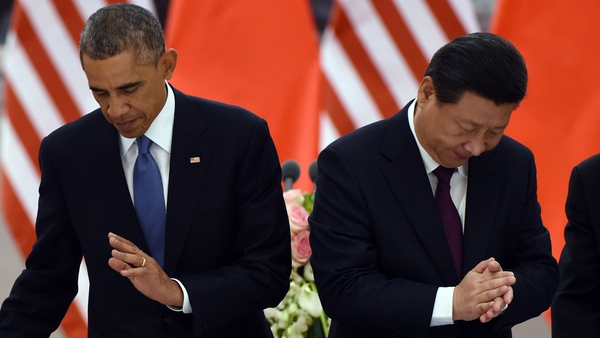