A huge whale has stranded on a white sand beach on Nicaragua's southern Pacific coast. Efforts by dozens of tourists and residents to get it back to sea have not been successful. 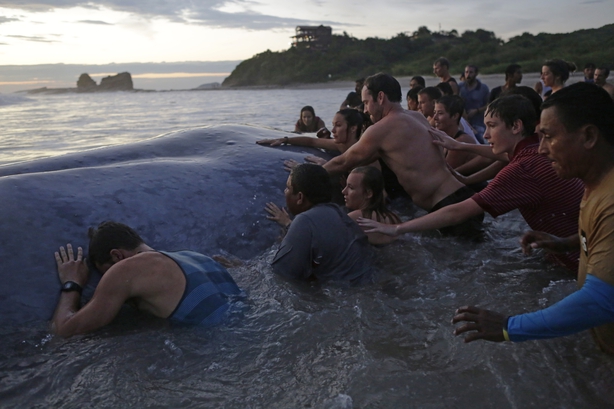 The whale, estimated at 18m, beached itself yesterday morning at Popoyo beach, in the town of Tola.

The area is 111km south of the capital. 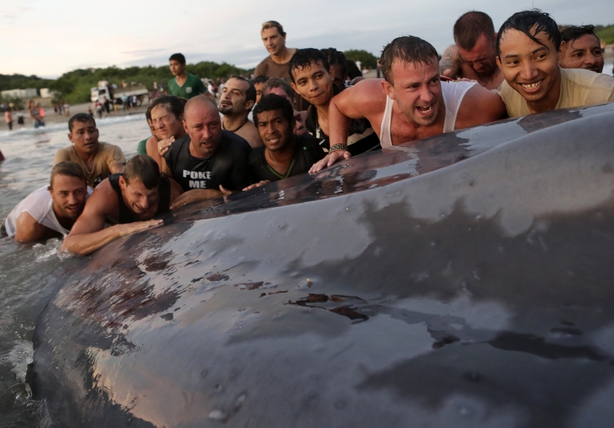 More than 50 people, from Nicaragua and elsewhere, spent the day trying to get the whale back into deeper waters, but gave up in exhaustion as the Sun went down. 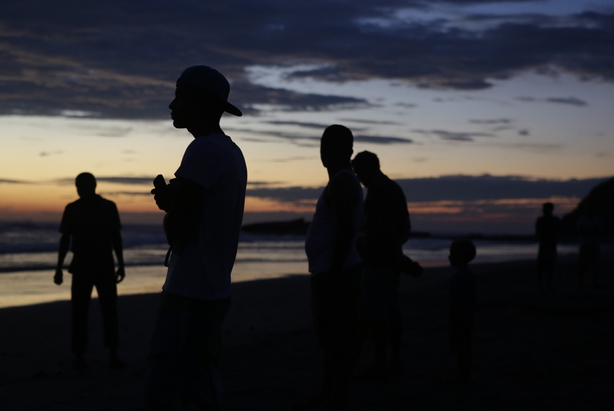 Police and officials from the environment ministry travelled to the scene to discuss strategies to try to save the massive marine mammal, which may be a humpback.

The Pacific region off Nicaragua's southern coast sees a lot of humpback whales and dolphins at this time of year. 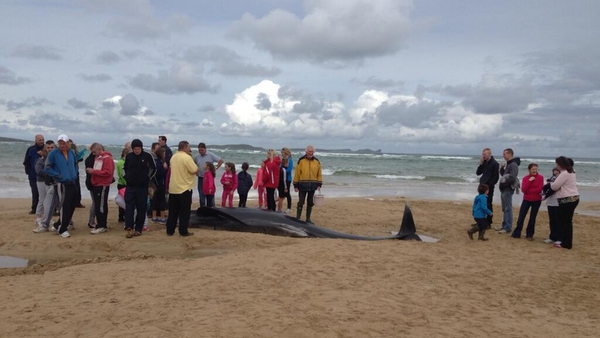