Flooding has been reported in many areas as Met Éireann issues a Status Orange warning, its second most serious category of alerts.

AA Roadwatch says there is flooding in parts of Wicklow, Wexford, Sligo, Waterford and Cork as heavy rain sweeps across Ireland.

In Co Wicklow, flooding has been reported on the Tinahely to Woodenbridge road either side of Aughrim and the road is impassable at Coates Bridge.

Motorists are advised to avoid the area.

In Co Meath, the road between Newgrange and Donore is said to be impassable.

The rainfall warning and flood alert for counties Dublin, Louth, Meath, Monaghan, Wexford and Wicklow will remain in force until 9am tomorrow.

A less serious rainfall and flood warning has also been issued for much of the country.

Heavy rain is forecast for across the midlands, north and east this afternoon, with a risk of local flooding and a risk of thunder in some areas.

More wet weather will move up from the south tonight with very strong winds, with further heavy rain and strong winds also forecast for tomorrow.

.@rtenews Greenacres in Dundalk Ireland. Cars can't get through, day for the ducks Pat pic.twitter.com/Wxw8O8XNQ7

Met Éireann's Gerald Fleming said the main concern is about flooding and that more that 50% more rain than normal fell in October and November to date.

He said a lot of rain is expected in the coming days and weeks.

The N11 Dublin to Wexford Road is closed on the Wexford side of Enniscorthy and flooding has also been reported on the Bellefield Road in Enniscorthy. 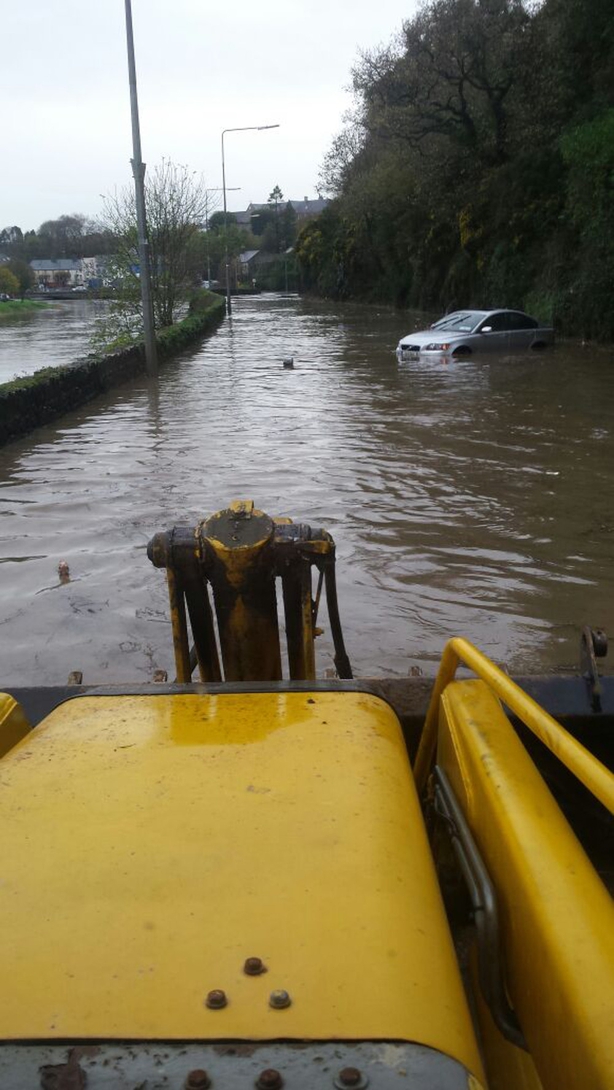 Surface water has been reported on the Cork to Kinsale road between Belgooly and Riverstick as well as along parts of the N71 Cork to Bandon road between Inishannon and Bandon. 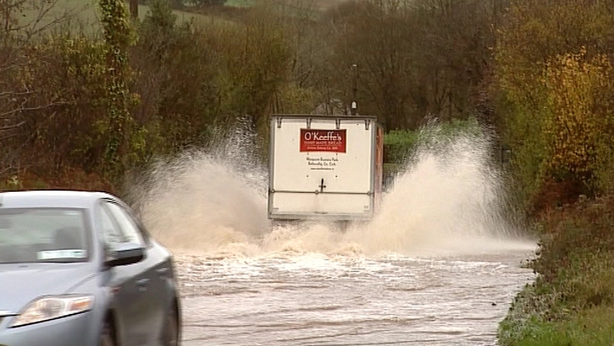 AA Roadwatch has urged drivers to slow down and take extra care with reports of flooding on the Dungarvan to Clonmel road and surface water on many roads in the Munster area.

Flooding has receded on Centre Park Road in Cork City and on Rochestown Road at Coach Hill.

Meanwhile, a meeting of the Government task force on emergency planning which co-ordinates government and local authority responses to emergency events has taken place in the Department of Agriculture.

The task force launched its 'Be Winter Ready' campaign, reminding people of the preparations they need to make in the event of severe weather events over the coming months. 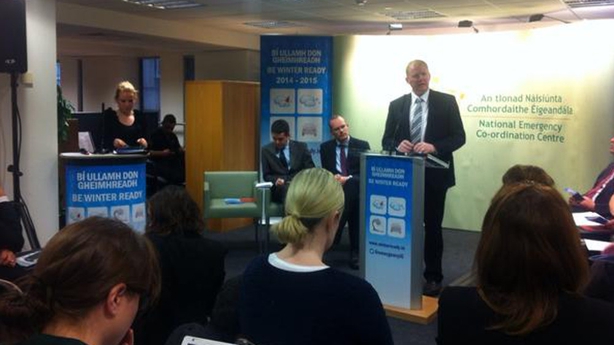 NRA director Sean O'Neill said around 211,000 tonnes of salt to treat national roads in the event of a big freeze is being stockpiled at  number of depots around the country.

Send us your weather photos to yourphotos@rte.ie or tweet @rtenews 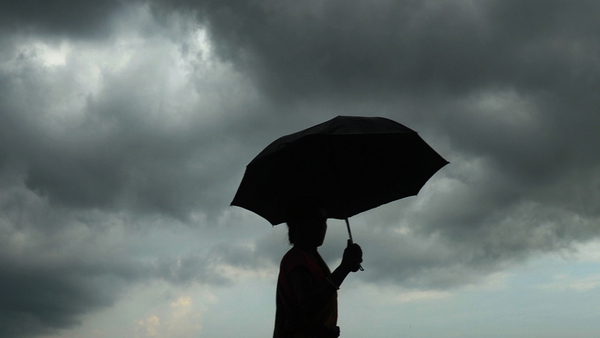 Rain and flood warning for tomorrow