The financial authority also reprimanded the bank over the issue and said it had failed to have adequate governance and control measures to deal with problems within its technology systems.

The IT issues occurred over a month-long period between June and July 2012 and affected customers' ATM withdrawals, card purchases and the processing of payments including salaries.

The €3.5m fine is the highest that has been imposed to date by the Central Bank.

The Central Bank said it reflected the seriousness with which it viewed the failings of Ulster Bank and its determination to ensure that customers have access to core banking services without disruption.

It said the issue caused "significant and unacceptable inconvenience" to customers and threatened confidence in the wider retail banking sector due to the knock-on effect it had on other banks' payments.

The €3.5m fine was in addition to the €59m Ulster Bank has already paid out under a redress scheme for affected customers.

The Central Bank said the issue caused “significant and unacceptable inconvenience” to customers and threatened confidence in the wider retail banking sector due to the knock-on effect it had on other banks’ payments.

It said the €3.5m fine was the highest it had imposed to date and was in addition to the €59m Ulster Bank has already paid out under a redress scheme introduced for affected customers.

Ulster Bank said it accepted the Central Bank’s findings in full, with chief executive Jim Brown saying that they had let down customers through the failure. 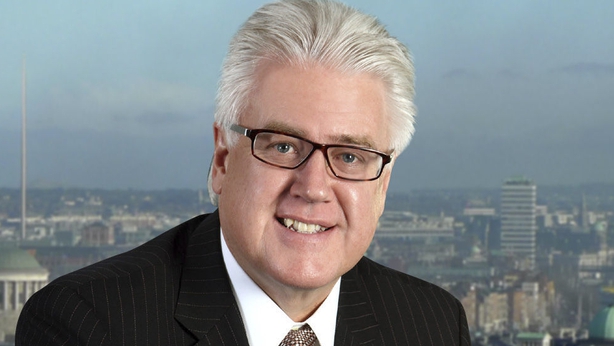 "The inconvenience that was caused to our customers went to the heart of the trust they have in us as a bank and we are quite clear that they should never have to experience anything like this ever again," he said.

The bank said it had undertaken a number of steps to remedy the issues, including investing in its IT systems.

Ulster Bank also said that it had worked to improve its IT outsourcing arrangement with its parent company Royal Bank of Scotland and had introduced a dedicated system so that a problem in one part of RBS would not automatically affect another.

The Central Bank noted the bank’s IT arrangement with RBS and said that such outsourcing was a fact or modern banking, however it said this was not a defence for any shortcomings firm may have in their systems.

It said that financial firms were required to maintain robust governance arrangements and appropriate controls across all of their systems, including IT.

Responding to the penalty IBOA General Secretary Larry Broderick said he welcomed the fact Ulster Bank's management had not only indicated its willingness to co-operate with the regulator but had also taken steps in conjunction with its parent, RBS, to strengthen its IT infrastructure in terms of both capacity and control.

Meanwhile, Ulster Bank's parent - the Royal Bank of Scotland - is among five banks that have been collectively fined by regulators in London for failing to control business practices in foreign exchange trading operations.

Ulster Bank to remain a 'core' part of RBS