The allegations are contained in a dossier that was sent to members of the Dáil's Public Accounts Committee in the past few days under the new whistleblower legislation.

Ms McDonald has called on Mr Kenny to clarify the contact that happened between the whistleblower, Mr Bruton and the Attorney General concerning the dossier and what, if any, action they took.

In a statement today, Minister for Jobs, Enterprise and Innovation Richard Bruton said: "Following on from the preliminary inquiries on these matters carried out in my Department since 1998, complete files covering all issues were, following the procedures laid down in the legislation, sent during the years 2004-2010 to the appropriate authorities - the ODCE, the Gardai, the Revenue Commissioners, the Mahon Tribunal and the Moriarty Tribunal.

"Some of these bodies have reported on the allegations in question and I understand the Gardai investigated them at that time and sent a file to the DPP."

Minister for Transport, Tourism and Sport Paschal Donohoe has called for space to be given to the bodies due to investigate the allegations and for the whistleblower to be given the rights and protection due under the new legislation.

Elsewhere, a committee member on the Dáil Public Accounts Committee has said that some of the allegations are potentially explosive.

On the receipt of the advice, the committee will then make a decision on how to proceed.

Mr Costello said some matters could be referred to the gardaí.

He said others may be examined by the committee. 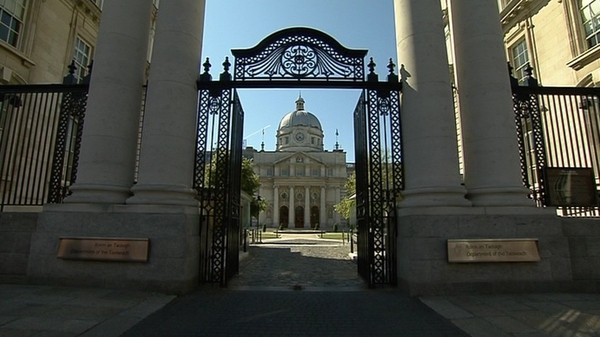