The Irish Farmers Association has said that the situation between themselves and beef factories has become extremely tense.

IFA President Eddie Downey said that farmers are preparing to escalate their dispute with the factories over beef prices, with a 48-hour protest outside beef factories due to start on Sunday afternoon unless real and significant progress is made.

Farmers are currently engaged in a two week period of intensive negotiations with the meat factories over beef specification issues on foot of an agreement made at the beef forum chaired by the Minister for Agriculture Simon Coveney last Wednesday.

As part of that negotiation a high level meeting is due to take place between farmers and factory representatives this Friday.

That meeting is to be chaired by Michael Dowling, who is a former Secretary General at the Department of Agriculture.

Mr Downey said farmers' patience with meat factories has run out, adding that Irish cattle prices have increased by about 10c per kilo over the past week, but that is nowhere near enough to compensate for the price increases that farmers believe are justified. 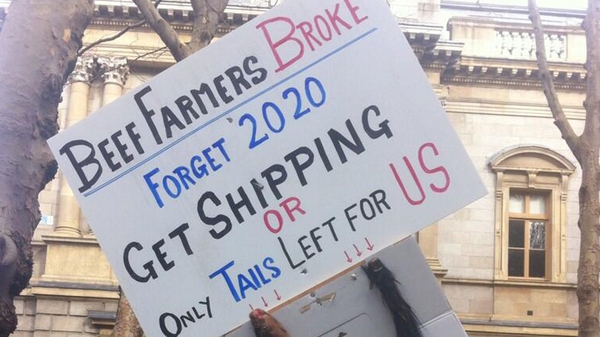