Government sources have cast doubt on Tánaiste Joan Burton's estimate of a bill of less than €200 for a family of four including two young adults.

Ms Burton gave the figure in response to a question from Socialist Party TD Joe Higgins during Social Protection questions.

Mr Higgins asked the likely charge for a couple with an 18-year-old and a 19-year-old living at home.

Ms Burton told him it was her view that such a household would face a bill of under €200.

A spokesperson for the Tánaiste has said she was referring to the net cost after the €100 in relief for water supports was deducted.

The spokesperson stressed that the figure was just Ms Burton's personal view, and that work was ongoing on deciding charges.

But other government sources separately described her figures as "sounding like an underestimate" and "more hopeful than factual".

Meanwhile, Taoiseach Enda Kenny has said that "the Government will not drop water charges but will introduce a regime that is clear, fair and affordable".

Speaking during Leader's Questions, Mr Kenny told the Dáil he accepts that people have "legitimate concerns and anxieties" over water charges.

Sinn Féin President Gerry Adams said the Government was ignoring the concerns of those people who could not afford to pay water charges.

He said people wanted the Government to scrap water charges.

Earlier, Mr Kenny said the Government will make a statement next week on Irish Water.

Speaking on his way into this morning's Cabinet meeting, he said it is a case of having listened to people and having acknowledged things were not done as they should be.

He also repeated that he would like to see clarity and confidence restored so people may see why this needs to be done.

There were protests against water charges in towns and cities across the country on Saturday afternoon.

Minister for the Environment Alan Kelly has said that all issues in relation to Irish Water and water charges will be dealt with next week when the Government makes its statement.

Mr Kelly refused to comment on whether flat rate charges would be introduced.

He said the issues raised by the public will be addressed in next week's announcement, which he said will be "comprehensive".

Mr Kelly repeated that a lot of mistakes were made and said the Government is putting "quite a comprehensive package together".

He said it is confident it will be able to bring people with it with the new package and with "modest charges".

Mr Kelly was speaking during a tour of the Ringsend Waste Water Treatment plant, the largest such plant in Ireland, which he said demonstrated the need for Irish Water and investment in water services in the country.

Speaking alongside Mr Kelly, Mr Tierney said Irish Water has a detailed programme of how it will deal with water mains rehabilitation.

Mr Tierney said it now believes leakage is of the order of 47% or 48% and it wants to get that down to 25% in the next few years.

He said this will be a huge task as there has been little investment, adding that while in Germany the average pipe is 25 years old, in Dublin 800km of pipe is more than 100 years old.

In relation to odours from the Ringsend plant, he said there has only been one complaint about odours in 2014 and odours have been dealt with by Dublin City Council in recent years.

The council, an inner cabinet comprising the Taoiseach and three ministers, has been examining issues surrounding Irish Water.

Meanwhile, positions for the new board of Irish Water/Ervia are to be advertised next week. 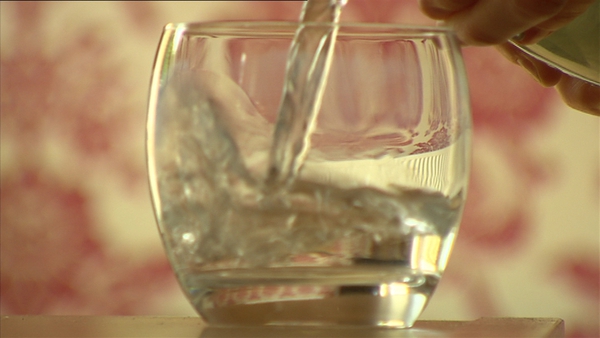