US republicans are set to make significant gains as voting begins in the country's mid-term elections.

The first polling stations to open were in the eastern states of Kentucky, Maine, New Hamshire, New Jersey, New York and Virginia.

Opinion polls show the Republican party is on course to take control of both Houses of Congress, although races in several states are deemed too close to call.

In addition to local and state level offices, voters will also cast ballots to decide 33 Senate seats and all 435 seats in the House of Representatives.

Strategists will also be watching the Gubernatorial races closely.

Voting in the 36 state governor races will give a good indicator of how people feel about the parties on a local level.

The first polls close at 11pm Irish time and early results should be available soon after that.

Campaigns have been influenced by US President Barack Obama's low job approval rating, partisan gridlock in Washington and a US economy that is not growing widely enough to help many in the middle class. 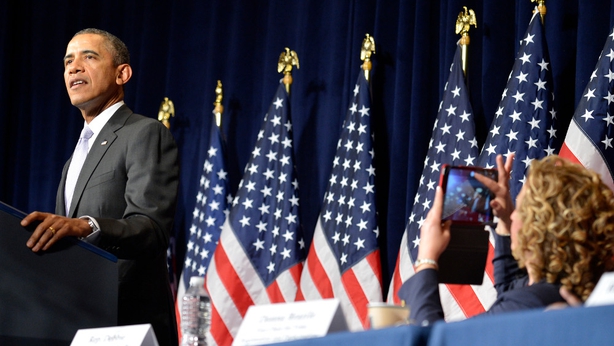 Republicans are expected to pick up seats in the US Senate, but polls show eight to ten races are still toss-ups.

It is unclear whether they can gain the six seats they need to control the 100-member chamber for the first time since the 2006 election.

The battle for control of the Senate also could extend beyond tonight.

Senate races with multiple candidates in Louisiana and Georgia, where the winner must get more than 50% of the vote, could be forced into run-offs in December and January, respectively.

Seizing the Senate would give Republicans, who are expected to build on their majority in the House, complete control of both chambers of Congress.

That would constitute the most dramatic political shift since Mr Obama entered the White House in early 2009 and would complicate his last two years in office, perhaps forcing him to make more concessions to his Republican opponents than he would prefer.

The White House tried to play down the prospect of sharp changes in strategy by the president after the election.

White House spokesman Josh Earnest noted that many of the contested Senate races where Democrats were in trouble were in states Mr Obama lost to Republican Mitt Romney in the 2012 election.

"It would not be wise to draw as broad a conclusion about the outcome of this election as you would about a national presidential election simply by virtue of the map," he told reporters.

Democratic senators are battling for re-election in tough races in Alaska, Arkansas, Louisiana and North Carolina, all won by Mr Romney in 2012. 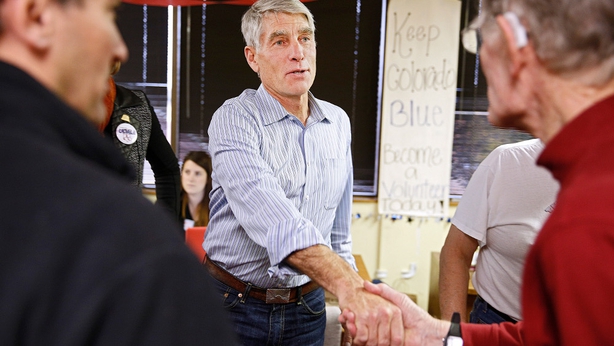 Republicans are in tight races to retain their seats in Georgia, where Senator Saxby Chambliss is retiring, and Kansas, where an independent is challenging Republican Senator Pat Roberts.

Republican Senate Leader Mitch McConnell of Kentucky, who polls show has a slight edge over Democratic challenger Allison Lundergan Grimes, would replace Democrat Harry Reid as Senate majority leader if Republicans win the Senate and he hangs on for re-election.

Mr Obama's low public approval rating of around 40% made him a political liability in some states on the campaign trail, where his last campaign appearance was on Sunday in Philadelphia.