Dublin City Councillors have voted against a ban on buskers in Temple Bar.

However, proposals for a permit system for all buskers in Dublin city are to be put forward for public consultation.

The proposed by-laws would require all buskers to pay €30 for a permit, with an additional €60 to use an amplifier.

Busking would be prohibited outside the GPO, and after 11pm, except for Grafton Street, where it would be allowed until 1am on Saturdays and Sundays.

However, councillors refused to include a ban in Temple Bar, except during festivals.

This measure had been sought by representatives of over 2,000 residents in Temple Bar.

Many councillors argued that the area had a tradition of busking.

The by-laws, which also include a ban on swords and flames, require buskers to move after two hours and which introduce fines of €1,500 for breaches, will be subject to a one-month public consultation period.

They are expected to come for final ratification in February. 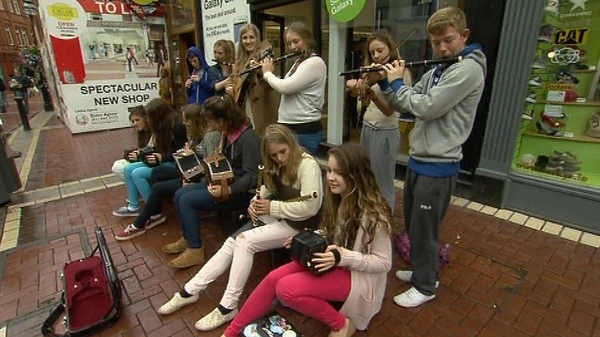