President Michael D Higgins has called on the international community to provide all assistance possible to African countries currently tackling the Ebola outbreak.

He was speaking in Ethiopia where he has begun a three-country visit to Africa.

He described Ebola as "the latest, greatest, dreadful challenge to the continent of Africa".

Mr Higgins said: "I think it is very important that those countries which are among the poorest on our planet and who have the least capacity, be assisted to deal with this issue on the ground for them so that it is the best approach."

Mr Higgins will also visit Malawi and South Africa over the next three weeks.

The President and his wife Sabina were greeted in Addis Ababa by Ethiopian Minister of Foreign Affairs Dr Tedros Adhanom Ghebreyesus and Irish Ambassador to Ethiopia Aidan O'Hara.

Mr Higgins visited the National Museum of Ethiopia ahead of attending an informal dinner hosted by Mr O'Hara. 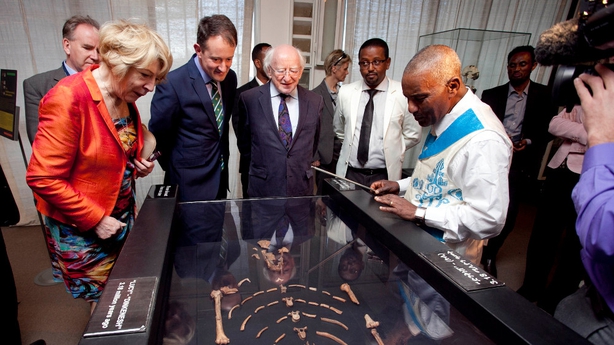 The aim of the three-week visit is to reinforce Ireland's political, economic and development relations with the three countries.