President Michael D Higgins has paid tribute to Dylan Thomas, calling him "one of the great giants of poetry" as Wales celebrates the centenary of the birth of one of its most celebrated literary figures. 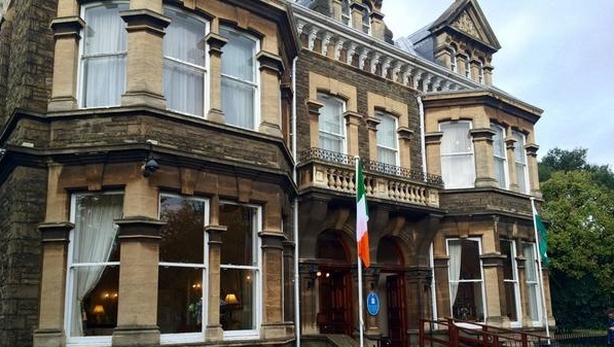 The President's trip is his first official visit to Wales since taking office.

This afternoon President Higgins visited the National Assembly for Wales in Cardiff and met with the Welsh First Minister Carwyn Jones.

The President and his wife Sabina will travel to Swansea for a number of events to commemorate the life and work of the late poet Dylan Thomas on the centenary of his birth.

Speaking to RTÉ News in Cardiff this afternoon, President Higgins said, Dylan Thomas should be valued not only for his work but for "the influence he has had on other poets."

He said that Thomas, like WB Yeats, has had an "extraordinarily vast" amount written about him.

Speaking about the 100th anniversary of Thomas' birth, President Higgins said: "Quite frankly the great thing about today is that you need to hear the words to appreciate the poems in their fullness."

He said he is looking forward to hearing a number of "very distinguished" Welsh artists recite Thomas' work tonight in Swansea And recalled "I remember being influenced  by the sounds of Under Milk Wood."

The President said that he spoke to poet Paul Durcan about Dylan Thomas and Mr Durcan remarked, "To have written Fern Hill would have been sufficient for a reputation as a great poet."

The President recalled how Dylan Thomas made visits to Glencolmcille and the Blasket Islands during two visits to Ireland.

Tomorrow the President will meet members of the Irish Community in Wales on the final day of the visit.