The Vatican has decided to cap the number of visitors to the Sistine Chapel to its current rate of six million a year to protect Michelangelo's delicate frescoes from damage caused by ever-growing crowds of tourists.

The volume of visitors to the chapel - where popes are elected in secret conclaves - have grown three-fold since 1980.

But dust brought in from outside, along with body sweat and carbon dioxide, pose a major risk to Michelangelo's ceiling frescoes, which are more than 500 years old. 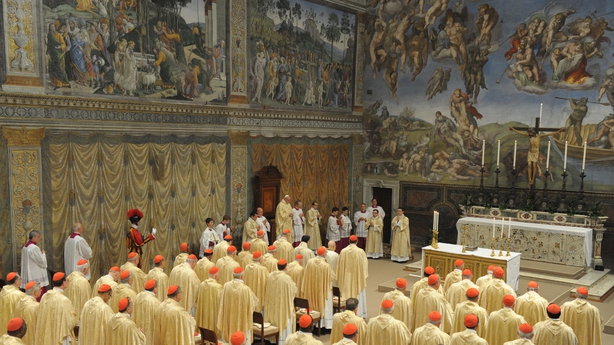 To protect his work, the Vatican has installed a new climate control system that will filter the air in the chapel, as well as a new high-tech lighting system that will cut damaging heat by more than half.

Mr Paolucci said the current number of six million visitors a year would be the maximum tolerated.

"We did not do all this in order to allow more people into the Sistine Chapel," he said.

Work on the new systems began in June and they are expected to be in place by the end of this month.

The Vatican said the new high-tech air conditioning and lighting systems were being donated by the companies involved.

They include one of the most famous scenes in the history of art - the arm of a gentle bearded God reaching out to give life to Adam.

Adorning the wall behind the altar is the famous Last Judgement, which the artist painted separately in 1535 and 1541, about a quarter of a century after completing The Creation of Adam. 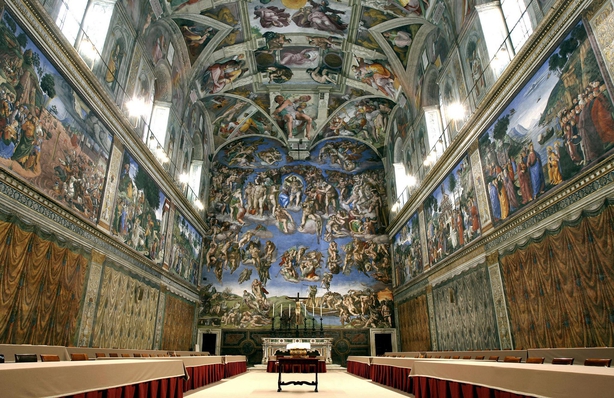 In recent years, art historians and restorers have called for severe limits on the number of tourists allowed to enter the chapel, part of the vast Vatican Museums complex.

Mr Paolucci said the current system - a mix of reservations made through the internet or travel agencies and queuing up outside - would continue for the time being, but he did not exclude the possibility of switching to a reservations-only system.

Apart from the potential damage to the frescoes, critics have also said the number of people allowed into the chapel should be reduced for reasons of decorum because it is also a place of worship. But Mr Paolucci appeared to rule this out.

"We all would like the Sistine Chapel miraculously empty but we live in the democracy of consumption," he said. 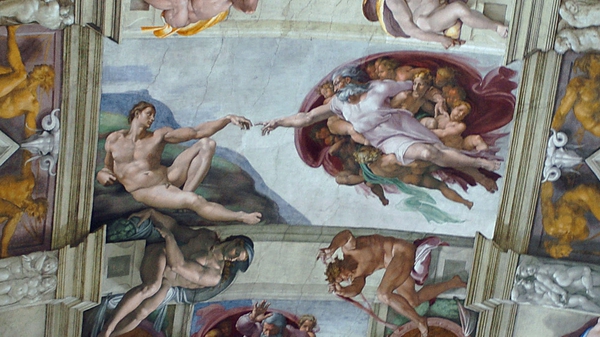