Talks aimed at breaking the political deadlock in Northern Ireland are under way in Stormont.

Compromise and a willingness to recognise the needs of political opponents were crucial factors in the beginning of power-sharing in Northern Ireland.

Stormont has been dysfunctional for most of 2014.

At the turn of the year, US diplomat Richard Haass could not broker a five-party deal on flags, parades and how to deal with the past.

Then the two parties heading up the administration, the Democratic Unionist Party and Sinn Féin, could not agree a Northern Ireland version of the welfare cuts imposed by Mr Cameron's administration in England.

The DUP's issue was its sensitivity about Government involvement.

Mr Flanagan said the Government had no wish to be involved in matters that are the business of Northern Ireland's politicians.

However, he said it would fulfil its responsibilities as a co-guarantor of the Good Friday Agreement.

In an earlier statement, the Taoiseach said that dialogue was the key to resolving differences and making progress on challenging issues.

Mr Kenny said only if the political leaders engaged constructively would the people of Northern Ireland get the peaceful society and prosperous economy that they deserve.

He also said he was in close contact with Mr Cameron.

Several challenging weeks of discussions lie ahead and there is no guarantee about a breakthrough. 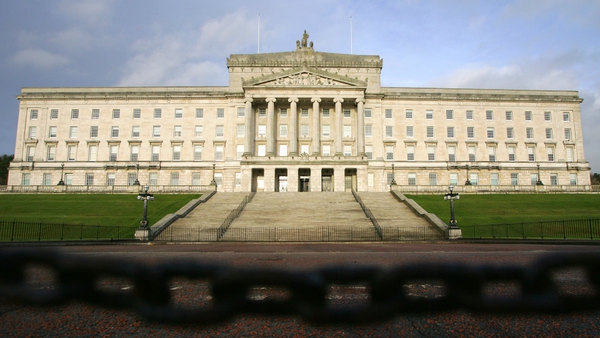