UN Secretary General Ban Ki-moon has called the destruction in Gaza "beyond description" as Israel opened the border to the first truckloads of building materials for post-war reconstruction.

Mr Ban toured areas that were heavily hit in the recent 50-day conflict, during which more than 2,100 Palestinians, most of them civilians, were killed.

Sixty-seven Israeli soldiers and six civilians in Israel were killed by Hamas rockets and attacks.

Gaza was blockaded by Israel and Egypt for years before the most recent conflict, which ended in August, because they said militants were using materials to build fortifications and tunnels under the border.

Israeli bombardment badly damaged or destroyed an estimated 20,000 homes in the conflict, and Gaza's power station and other major infrastructure were hit. Rebuilding could take years.

After visiting a UN school at which 15 people were killed, Mr Ban said the "enormous destruction in Gaza is a source of pain to me personally and is a shame to the international community".

Under UN and Palestinian Authority monitoring, Israel said it was allowing in 600 tonnes of cement, 50 truckloads of gravel and ten truckloads of steel for rebuilding homes and public buildings.

Palestinians said at least 200 tonnes of cement had reached Gaza through the Kerem Shalom crossing with Israel yesterday.

On his visit, Mr Ban criticised both sides, but he said: "I am committed to doing everything possible in my power to support political effort to finally end half century of occupation. 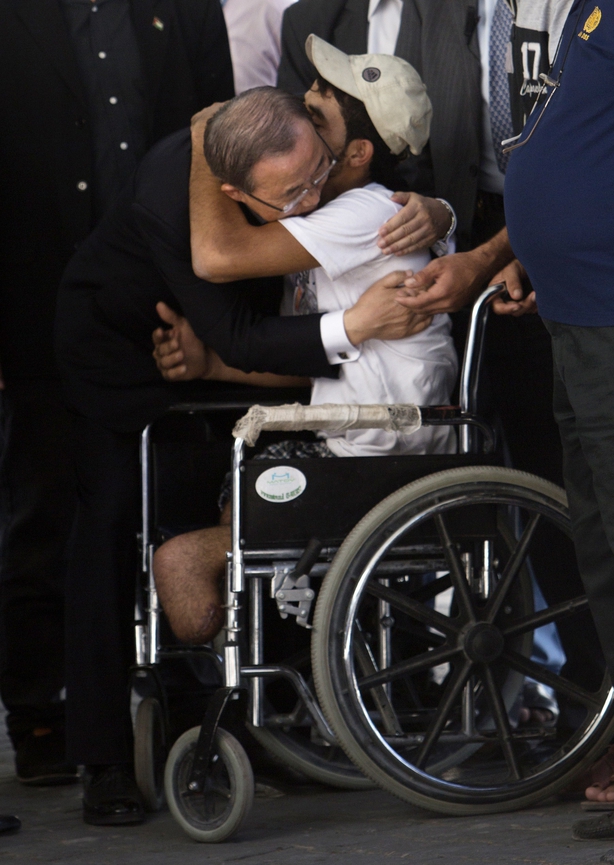 "The shelling of UN schools is absolutely unacceptable. These actions must be fully and independently investigated, I repeat my call for accountability.

"Rockets fired by Hamas and other military groups must end. They have brought nothing but suffering."

More than 1.8 million Palestinians live in Gaza, an area about 40km long and 10km wide at its widest point.

On Monday in Jerusalem, Mr Ban criticised Israel for its continued building of settlements on land the Palestinians seek for an independent state.

He urged both sides to return to meaningful negotiations as soon as possible.

At a conference in Cairo on Sunday, international donors had pledged a larger-than-expected $5.4bn (€4.3bn) for Gaza's reconstruction.

However, a large portion of that money will go to support the Palestinian budget, not directly to rebuilding. 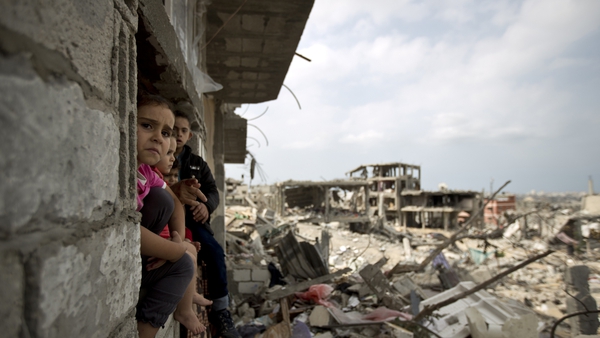