The Government is to introduce measures in the Budget to help householders and recipients of social welfare pay their water charges.

It is understood the household benefit package will be extended to other social welfare recipients and there will also be tax relief for householders.

In relation to taxation measures, the Government is said to be looking at increasing the threshold at which people hit the top rate of income tax, reducing the top rate and also changes to the Universal Social Charge.

The Cabinet will meet in the morning to discuss the taxation measures and to sign off on the Budget, before it is announced in the Dáil tomorrow afternoon.

Meanwhile, it is expected that an additional €200m in Exchequer funding will be announced for social housing.

It is understood there will be strong emphasis on direct local authority building, although it is not clear at this stage how many units will be built next year.

Around 150 units were acquired or built by local authorities in 2014.

Minister for the Environment Alan Kelly will announce the five-year social housing strategy next week.

There are currently 90,000 people on social housing waiting lists around the country and 35,000 social housing units are needed over the next five years.

Budget 2015 to mark the end of adjustments

Minister for Transport, Tourism and Sport Paschal Donohoe has said the 9% VAT rate on services was a personal priority and was hugely important for tourism.

However, Mr Donohoe refused to confirm any of the details in the Budget.

He said the Government's priority was to maintain the progress in the national finances and not to jeopardise the recovery.

Sinn Féin leader Gerry Adams has said his party would get rid of water charges if in government.

However, he said the party was not calling on people not to pay.

Mr Adams said he personally would pay the charges, but added it had been left up to individual party members whether they should pay.

Meanwhile, the People Before Profit Alliance is proposing the abolition of the property tax and water charges in its pre-Budget submission.

It said this would be funded by the introduction of a wealth tax, increased income tax on high earners and a minimum corporate tax rate.

Richard Boyd Barrett said the property tax and water charges will massively outweigh what he called the "miserable" tax cuts the Government may introduce.

He said the vast majority of low and middle-income earners will be worse off next year.

The alliance is proposing increased income taxes on those earning more than €100,000 per year, the abolition of the USC for those earning less than €30,000 and a wealth tax on assets over €1m, excluding the family home or farm.

It is also proposing to reverse some recent social welfare cuts.

Meanwhile, Dublin Bus has said that the 27A bus route is back running normally after services were disrupted earlier due to a protest over water charges in the Edenmore area. 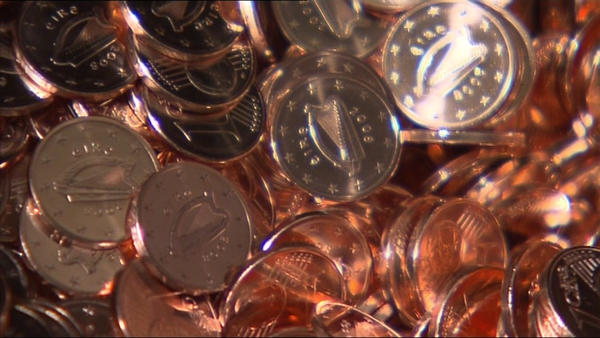 Budget deficit expected to be well below target