Minister for Health Leo Varadkar has said that while the risk of Ebola coming to Ireland remains very low, we are prepared for it if it does.

He said guidelines have been put in place and we are preparing for the contingency of an infected person coming to this country.

However, Mr Varadkar said we should not frighten people or unduly concern them about something that is a very low risk.

Mr Varadkar said Ebola is not new, it has been around since the 1970s, and pointed out that Ireland has had previous experience with preparing for infectious diseases, such as swine flu and avian flu.

In terms of tracking Irish people who have travelled to the affected countries in West Africa, Mr Varakdar said there are 50 Irish citizens in those countries, and the health services know who and where they are.

He said Ireland is following World Health Organization guidelines and it does not make sense to screen people on entry to the country but rather when they are leaving the country.

On issues raised by the Irish Nurses and Midwives Organisation on a lack of clarity on the issue from the Health Services Executive for health workers, the minister said it was a bit disappointing to see unions in the health sector trying to use a risk like Ebola to make a point relating to resources or industrial relation matters.

He said there is a time and a place for such discussion and they should not exploit the risk of Ebola for other purposes.

The bottom line he said is that the risk is very low and we are well prepared for it. 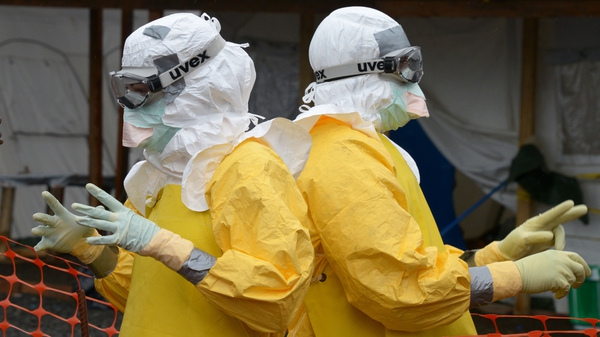