The Nobel jury said his works centre on topics such as memory, guilt and identity.

Mr Modiano described his win as "a bit unreal" and dedicated it to his Swedish grandson.

Speaking hours after the prize was announced, the publicity-shy writer told reporters in Paris: "It seems a bit unreal to me", adding that it was as if it was happening to someone else.

Mr Modiano will be presented with his award and prize of €878,000 at a formal ceremony in Stockholm on 10 December.The city of Paris often features in the work of the 69-year-old.

The Nazi occupation of France from 1940 to 1944 has provided the material for a large part of Mr Modiano's literary work.

The jury said it awarded him the prize "for the art of memory with which he has evoked the most ungraspable human destinies and uncovered the life-world of the occupation".

He has also written children's books and film scripts.

"This is someone who has written many books that echo off each other ... that are about memory, identity and aspiration," said Peter Englund, the permanent secretary of the Nobel academy.

The Swedish Academy: The #nobelprize2014 in Literature is awarded to the French author Patrick Modiano. pic.twitter.com/Q00O72xDCC

French President Francois Hollande "warmly congratulated" the writer, saying in a statement that the prize recognises "a considerable body of work which explores the subtleties of memory and the complexity of identity".

Mr Modiano described by one critic as "1 metre 90 of shyness and candour," is one of France's most celebrated writers, and a winner of the country's top literary award the Goncourt.

He said he was "very happy" at his victory, but "with his customary modesty told me that 'it's weird'," his editor Antoine Gallimard told AFP.

"The Republic is proud of the recognition, through this Nobel prize, of one of our greatest writers. Patrick Modiano is the 15th French person to receive this eminent distinction, confirming the great influence of our literature," said Mr Hollande. 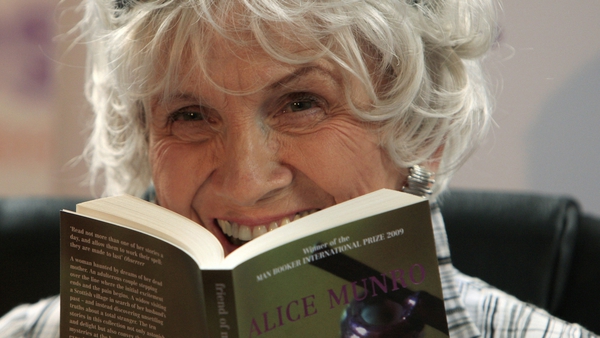